Pit head winding wheels are a reminder of the anthracite mine

Seven Sisters in the Dulais Valley has its roots in mining. The village was built around the anthracite colliery which opened in 1872, and over the years became quite a sizeable settlement. The pit closed in 1963, after which the site was cleared. The pit head wheels, positioned in line with the mid winter and mid summer sunsets, stand in the Millennium Gardens which is next to the railway line, on the site of the village's railway station and the pit's shunting yard, adjacent to the site of the colliery itself which is now a playing field. 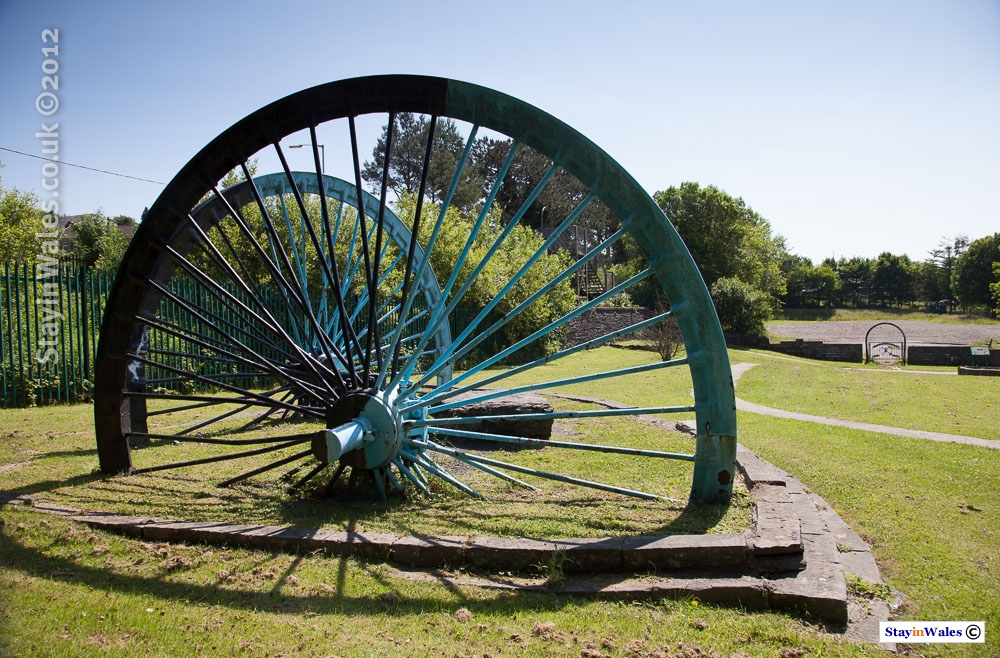