The bridge across the Neath Canal provided access to Maes Gwyn House which stood by the canal. The house itself is no longer standing, but its imposing gate posts remain, giving a clue of its status. Some of its outbuildings are still standing in a state of disrepair, and a bungalow now occupies part of the plot. There are remains by the canal of a pleasure boat house which was used by the residents of Maes Gwyn. Beyond is lock number 13 on the Neath Canal. 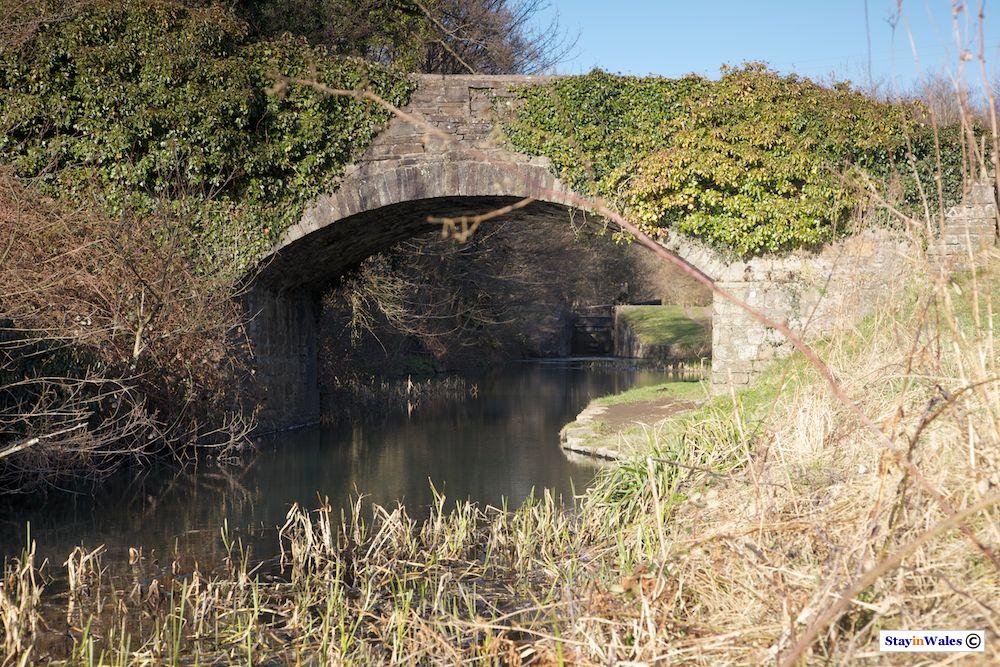