Fog signals are rarely sounded now, as modern navigation equipment on ships has made them redundant. The fog signal at Nash Point has two horns, atop a small building which houses its compressors. The lighthouse is open to visitors, and the fog horn is sounded for their benefit at 2pm on the first Saturday and third Sunday of the month. Beyond can be seen the western tower of the lighthouse, which until the early 20th Century was used in conjunction with the larger eastern tower. 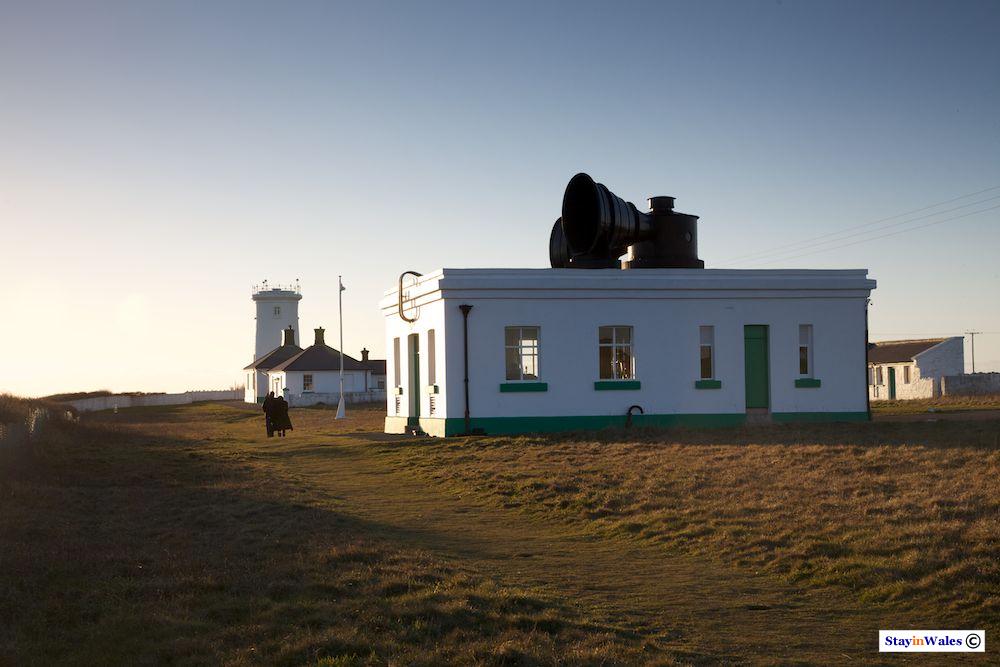