An impressive ruin in the Vale of Glamorgan village of Boverton, Boveron Place was in Norman times the centre of the manor of Llantwit Major. Built around 1587, it was occupied by his family into the 1700s, after which it started to fall into decay. It is unusual for a house abandoned for so long to still be standing, and it has a blue plaque which says: "This was originally the house of the steward of the manor of Boverton and Llantwit Major. Established by Robert Fitzhamon it was rebuilt 1597-8 by Roger Seys, attorney general for Wales, but when the last heiress, Jane Seys, married Robert Jones of Fonmon, the house was abandoned." 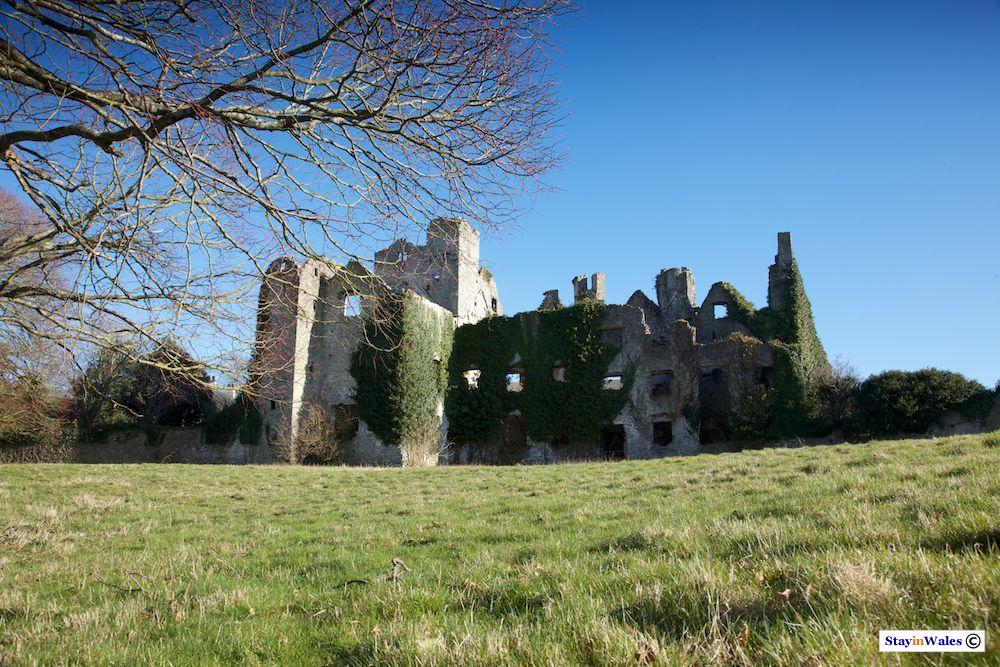