An old freight ling between the River Neath and Swansea docks

Although they would seem to be one canal, the Neath and Tennant Canals were in fact two separate business entities in the days when canals were an important part of the transport infrastructure. The Tennant Canal started life as the Glan-y-Wern Canal, a transport route between a colliery and the River Neath. In 1818, George Tennant acquired the by then disused canal and upgraded it to provide a link between the River Neath and the docks at Swansea. An extension to the canal basin at Aberdulais created a link with the Neath Canal and boosted trade. From the mid 1850s the Neath Valley canals started to face competition from the railways, and from 1866 traffic started a gradual decline until 1934 when it ceased altogether. The waterway and infrastructure continued to be maintained as the canals supplied water to local businesses. 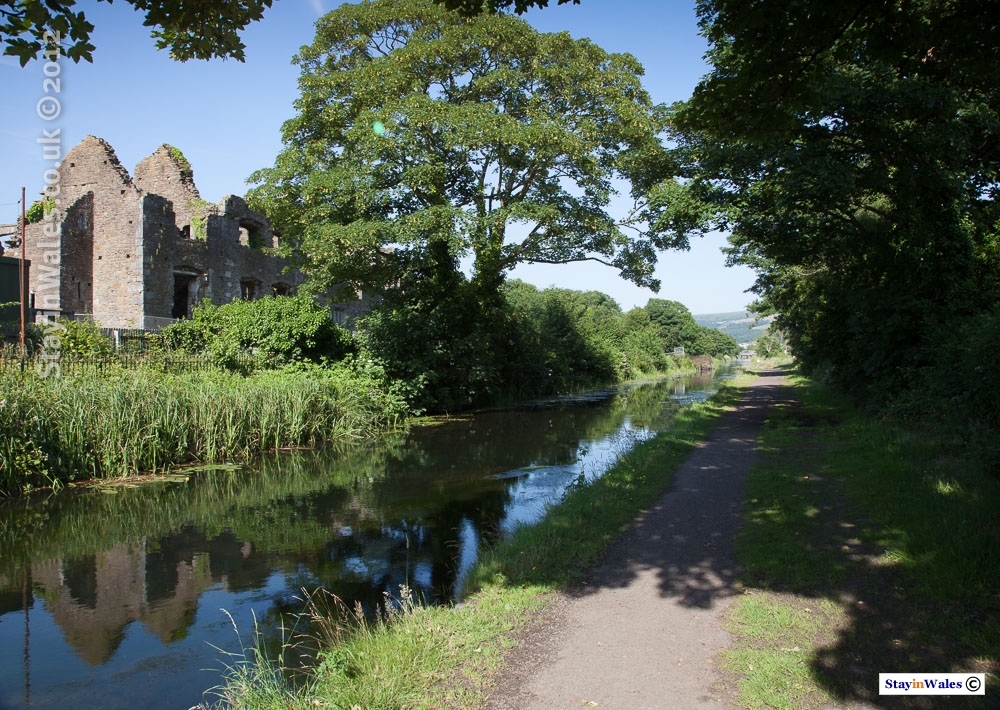