A substantial steel railway bridge crosses the A467 road and the River Ebbw at Pontywaun. This was originally part of Hall's Tramway, a colliery transport route from Argoed to Risca, opened in 1805, which later became part of the railway network, and saw its last train in 1970. A solid metal gate covered with black grease now greets the visitor who has located the bridge's entrance through the undergrowth from the old canal bank at Pontywaun. Although the trackbed continues for some distance, sadly this isn't open as a cycle- or footpath. 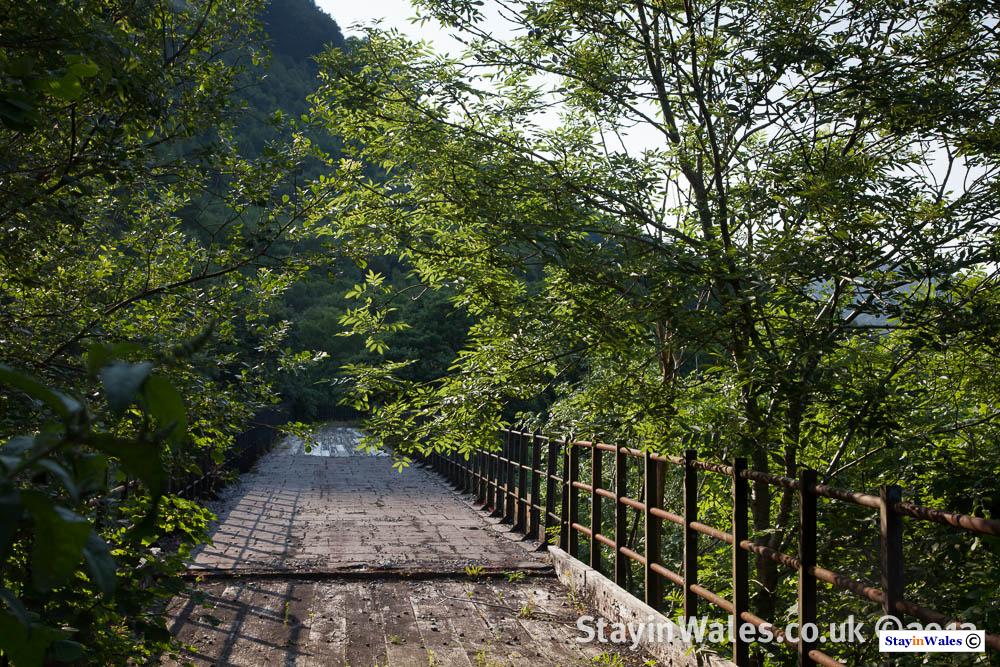