Atop a plinth in Bala High Street, apparently in full flow, stands this statue of T. E. Ellis, one of Bala's most famous sons. In his short life from 1859 and 1899 he became a prominent politician. Elected to Parliament as the Liberal MP for the constituency of Merionethshire in 1886, during a speech in Bala in 1890 he called for the formation of a Welsh assembly. He became leader of the Cymrr Fydd movement which aimed to gain home rule for Wales. 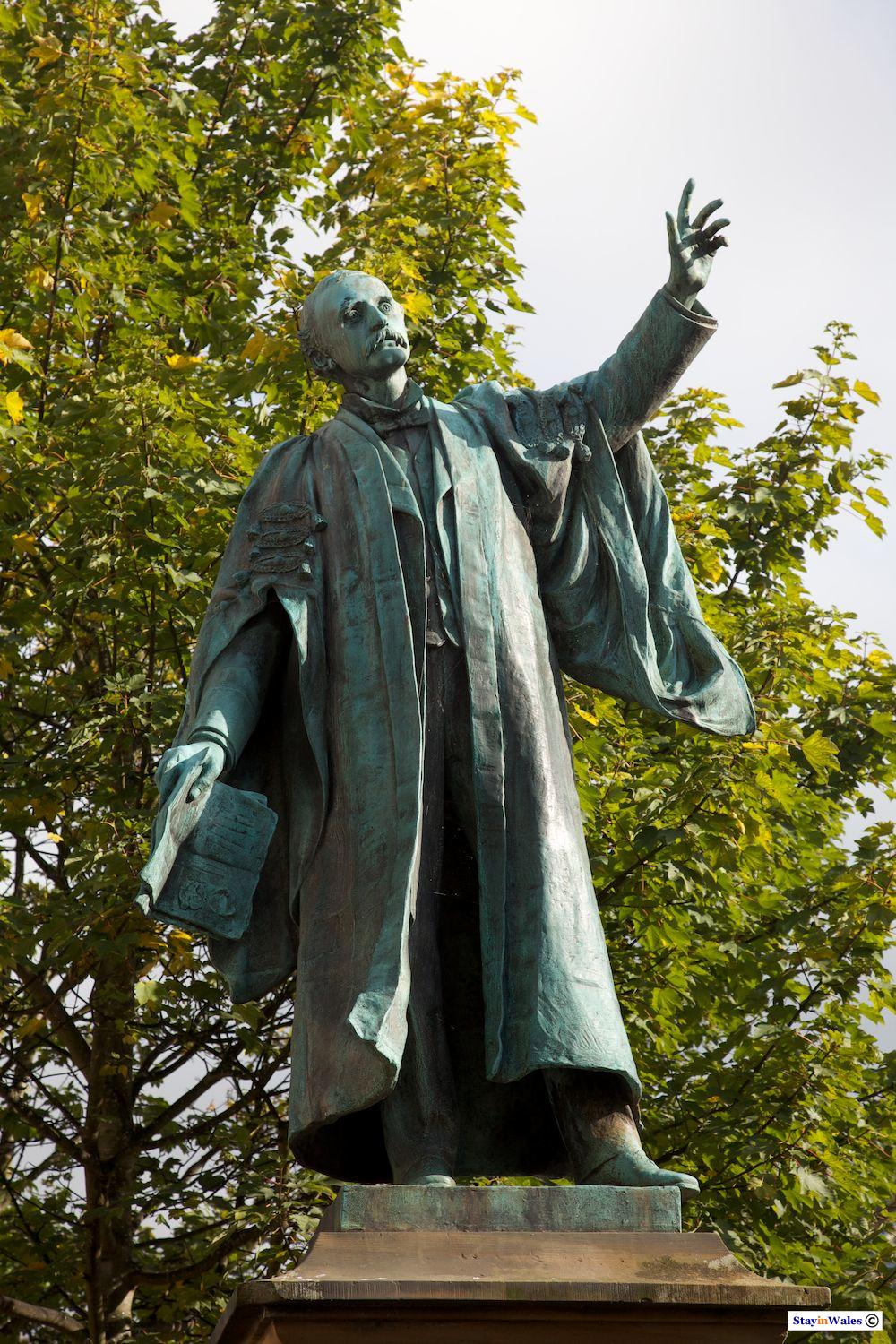