Keeper's Pond, which is near the summit of Blorenge [561m] was built around 1824 to provide water for Garn Ddyrys Forge near Govilon. It is probably known by this name as it was near the house of the Earl of Abergavenny's gamekeeper. The Welsh name for it is Pen-ffordd-goch, which translates as 'head of the red road', probably a reference to the red sandstone which was used in the construction of the mountain road which descends to Govilon. The hill which can be seen beyond the dam is the Sugar Loaf which rises up to the north of Abergavenny. 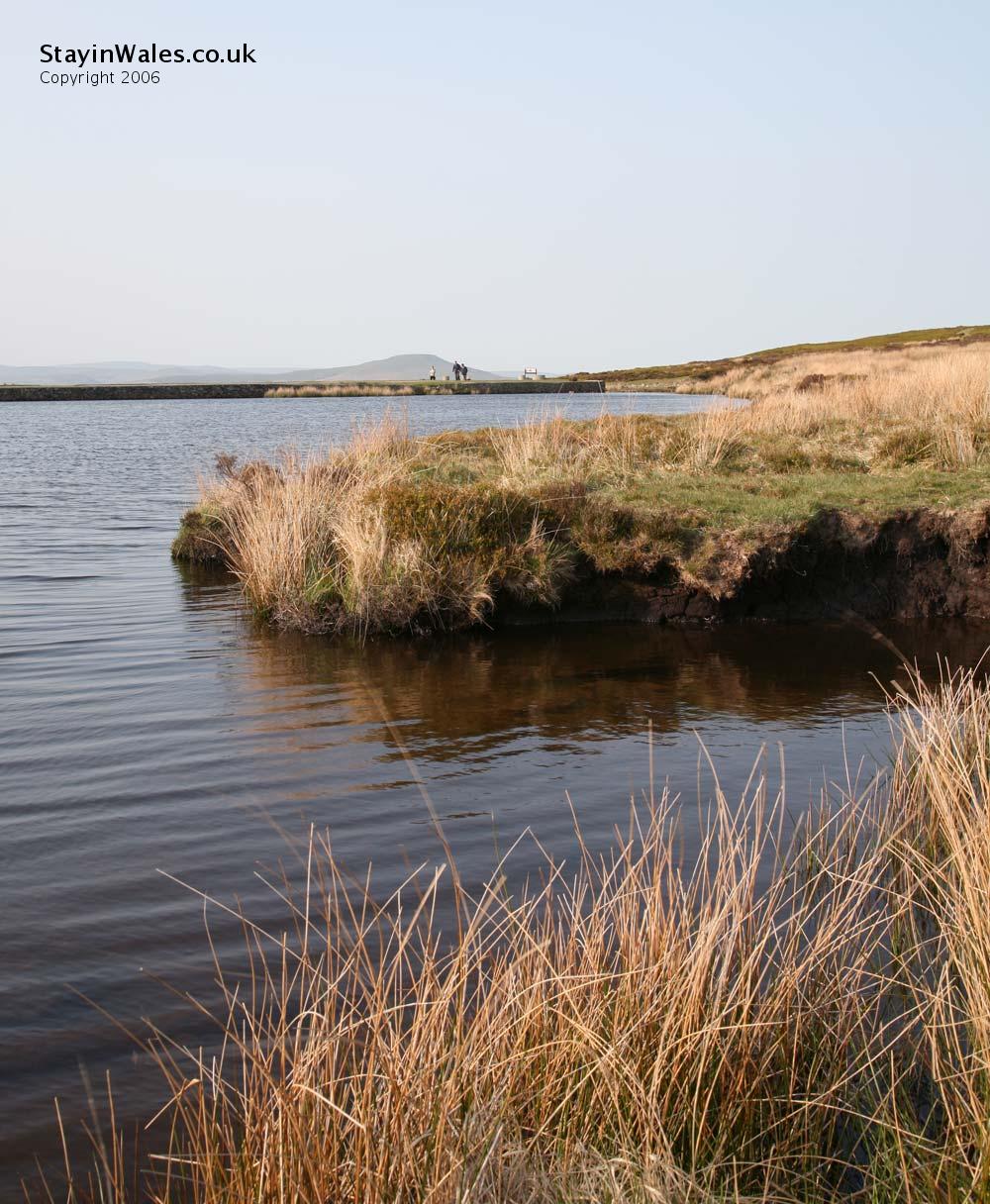