Waiting by the level crossing in the centre of Barmouth for a train to pass. Barmouth is on the rail route which runs between Shrewsbury in Shropshire and Pwllheli on the LLeyn Peninsula. This is one of Britain's most scenic rail routes, running directly across Wales before taking the northern branch of the line from Dovey Junction near Machynlleth [the southerly route is to Aberystwyth], and then parallel to - and often alongside - the coast along the northern half of Cardigan Bay. 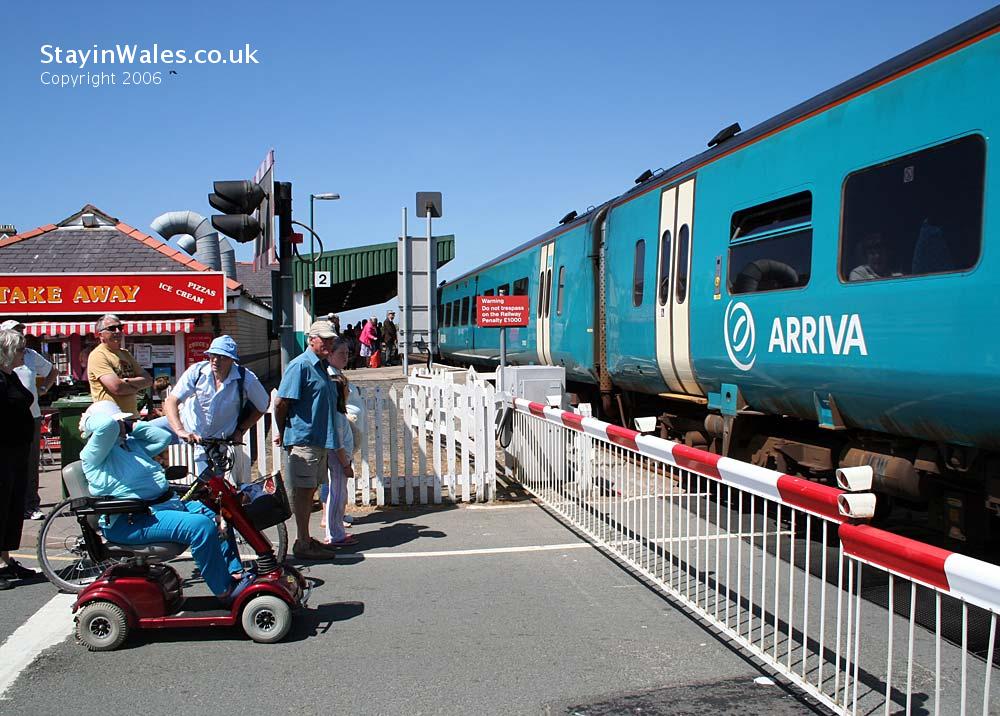