Barmouth Bridge is a railway viaduct which spans the Mawddach estuary between Fairbourne and Barounth on the west coast of Wales. The bridge carries the Cambrian railway line which runs from Shrewsbury in Shropshire to Pwllheli on the Llyn Peninsula. Opened in 1867, the original Barmouth bridge was entirely constructed from wood, with a lifting section to allow the passage of tall ships. The northern section was rebuilt in 1901 as a swing bridge. A weight limit imposed in the 1980s prevented locomotive hauled trains from using the bridge, so these had to terminate at Fairbourne. Following renovation this limit was relaxed in 2005, allowing steam and diesel-hauled specials to travel to the line's terminus at Pwllheli again. Pedestrians can cross using the footbridge which runs along the eastern side of the bridge, for which there is a toll [60p in 2006]. 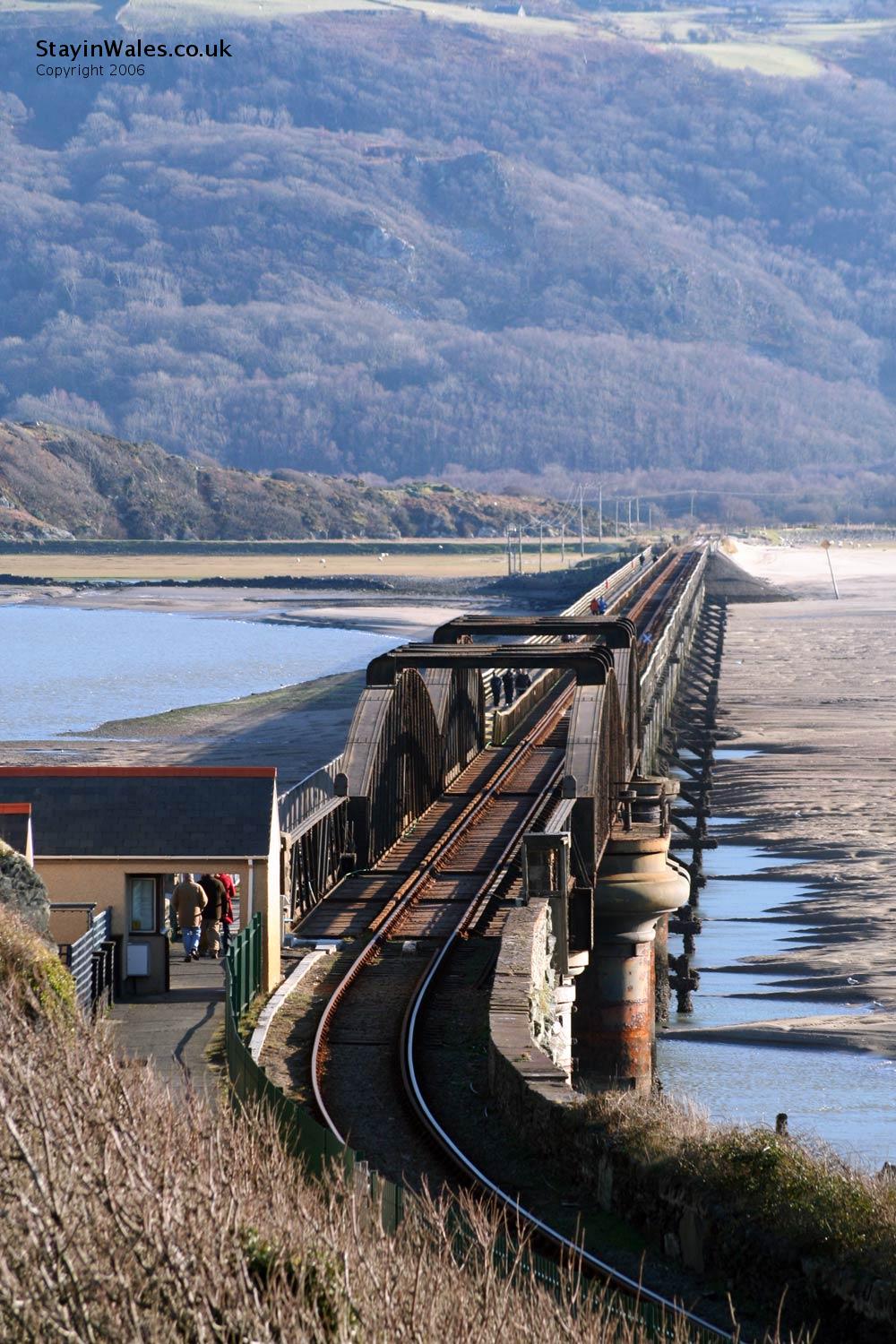