Near the village of Glasbury-on-Wye, Maesyronnen is an early nonconformist chapel and the only one which remains largely unchanged. Originally a longhouse - a farmhouse with attached barn - it was converted for its current purpose in the 1690s. A grant of £50,000 from CADW financed its most recent restoration. It re-opened in 2008 and United Reformed Church services are held here every Sunday. The small attached cottage is looked after by the Landmark Trust and is available for holiday lets. 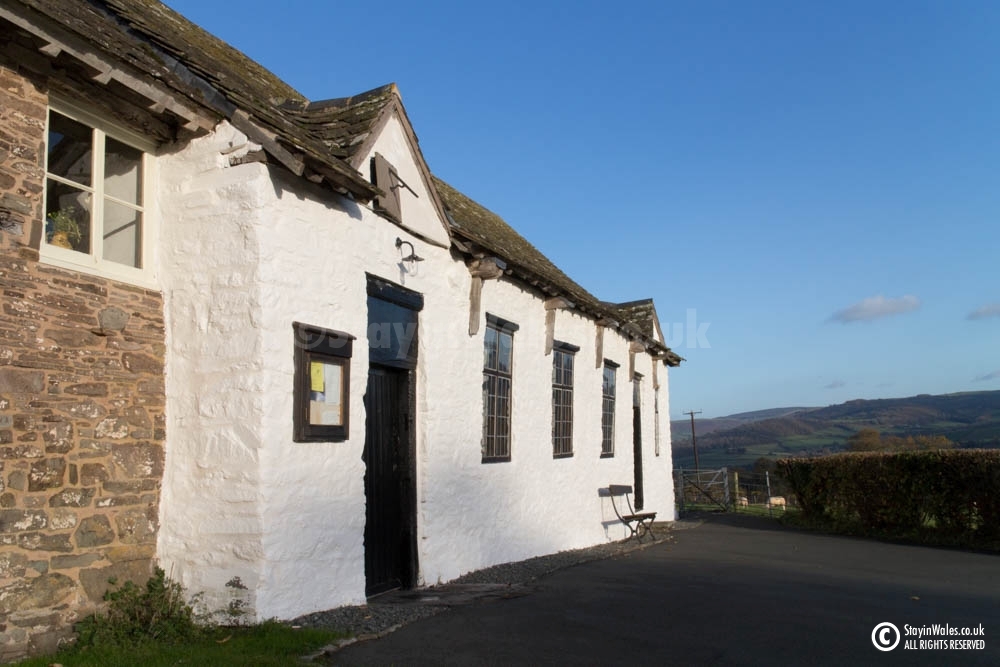