The land at the north eastern end of the Severn Estuary is very low-lying, and without a sea wall it would frequently be inundated by high tides. The sea wall, a huge structure running from the eastern mouth of the Usk to the new Severn Bridge, is popular with fishermen. A plaque where the road meets the wall says: 'This plaque was unveiled on the 15th February 1974 by David Gibson-Watt Esq MC, MP, Minister of State Welsh Office to commemorate the reconstruction of the sea walls of the Caldicot and Wentlooge levels by the Usk River Board and the Usk River Authority 1952 to 1974'. 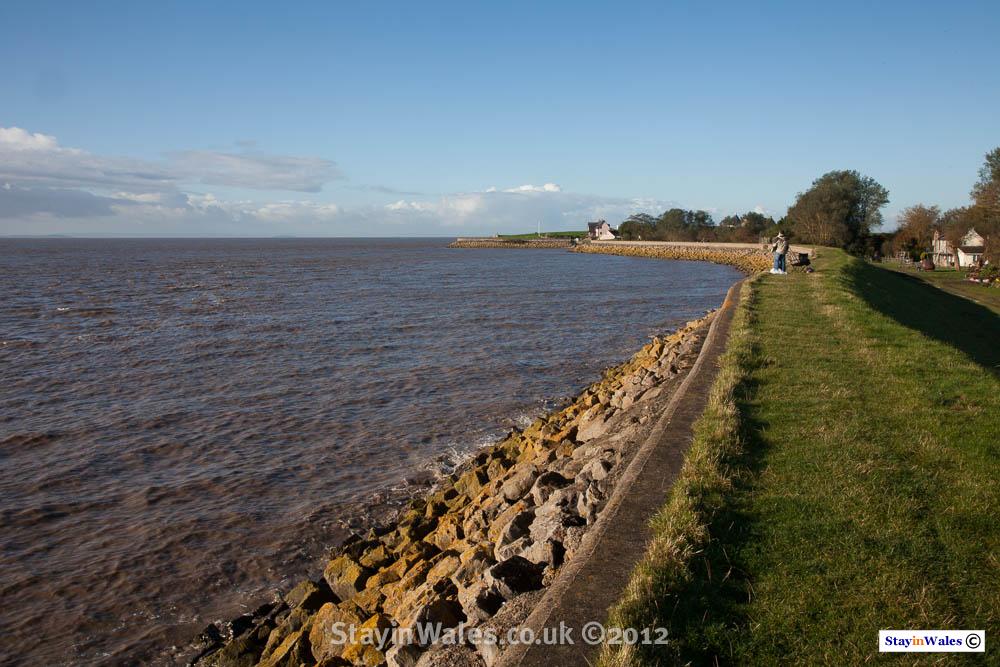