Seen through the outer gatehouse, Laugharne Castle stands on the western bank of the River Taf, close to where it meets the rivers Towy and Gwendraeth. Originally an earthwork castle, established in the 12th Century, and was the site of Owain Glynwdr's first major setback in 1403 where many of his army were slaughtered in an ambush. In 1504 it was given to Sir John Parrot, though to have been the illegitimate son of Henry VIII, by Elizabeth I, and he converted it into a mansion. It was extensively damaged during a skirmish in the Civil War in 1644, after which it fell into disrepair. 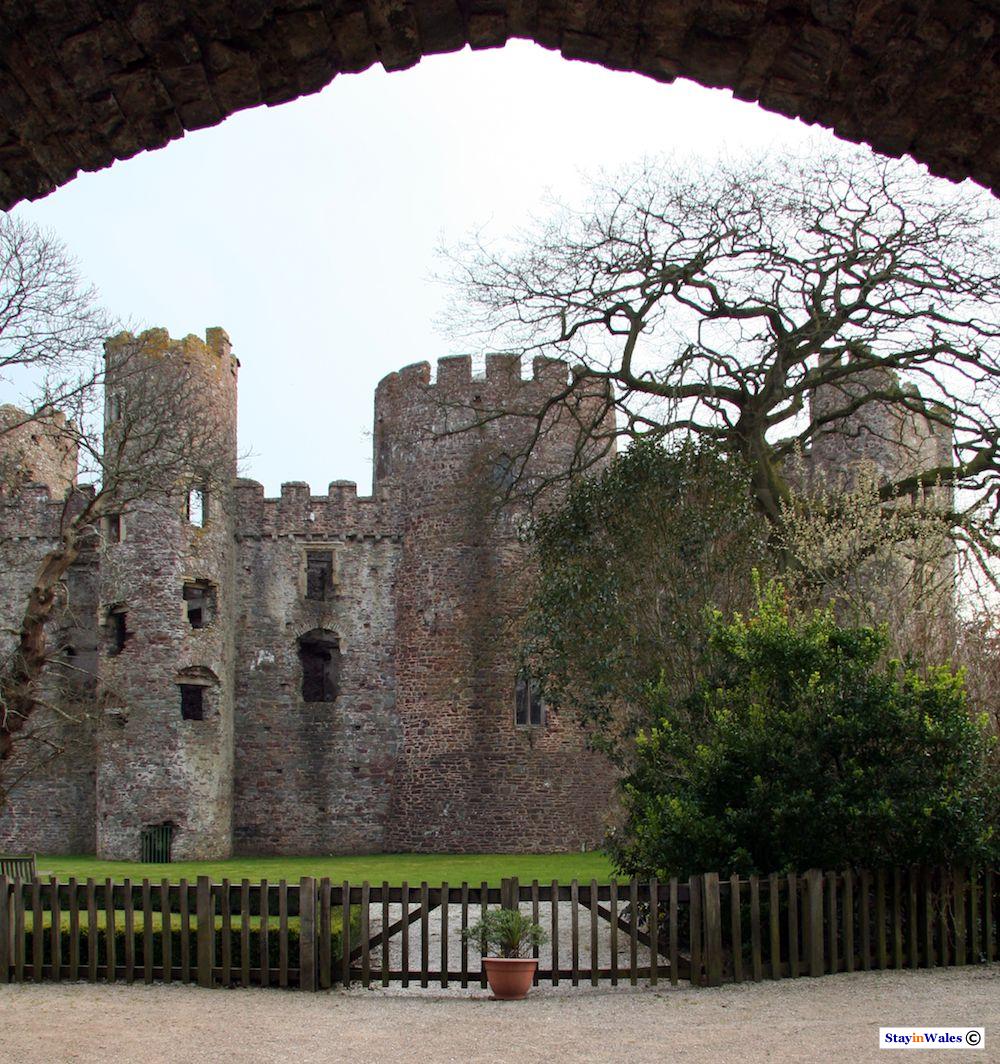