The gatehouse, main entrance to Manorbier Castle. Standing on land given to the Norman knight Odo de Barri late in the 11th Century, the stone fortifications were started by his son William in the early 12th Century. It was only attacked twice - once during a dispute over family succession in 1327, and later during the English Civil War in 1645, when it was taken by the Parliametary forces who damaged it to prevent its use by the Royalists. After this it fell into decay, but from 1880 it was partially restored by a tenant, and since that time it has been maintained as a residence. 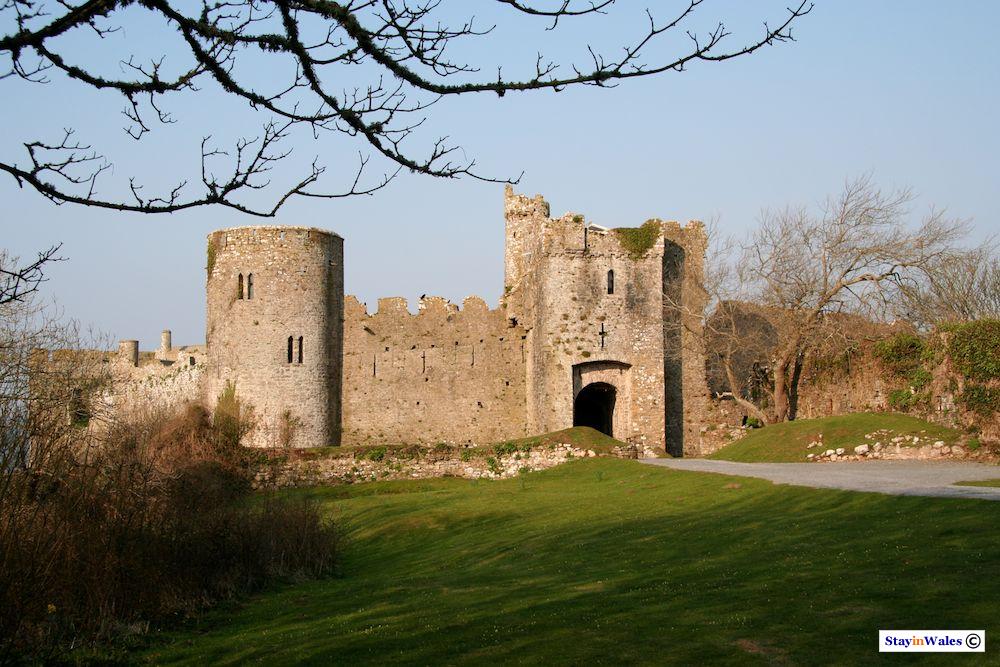