Built in the style of a Welsh chapel, but very much larger, and originally funded by the miners of the Park and Dare Collieries, the Parc and Dare Hall was built near the centre of Treorchy in 1892. It started off as a library and bar, a popular place to socialise, and a large theatre was added in 1913. This initially hosted variety performances, but theatre was at this time in decline as a form of mass entertainment, and by 1920 a cinema screen had been installed. By 1975 the condition of the building was very poor, and the Institute's Committee decided to donate it to the Rhondda Borough Council, who still operate it as a theatre and cinema. 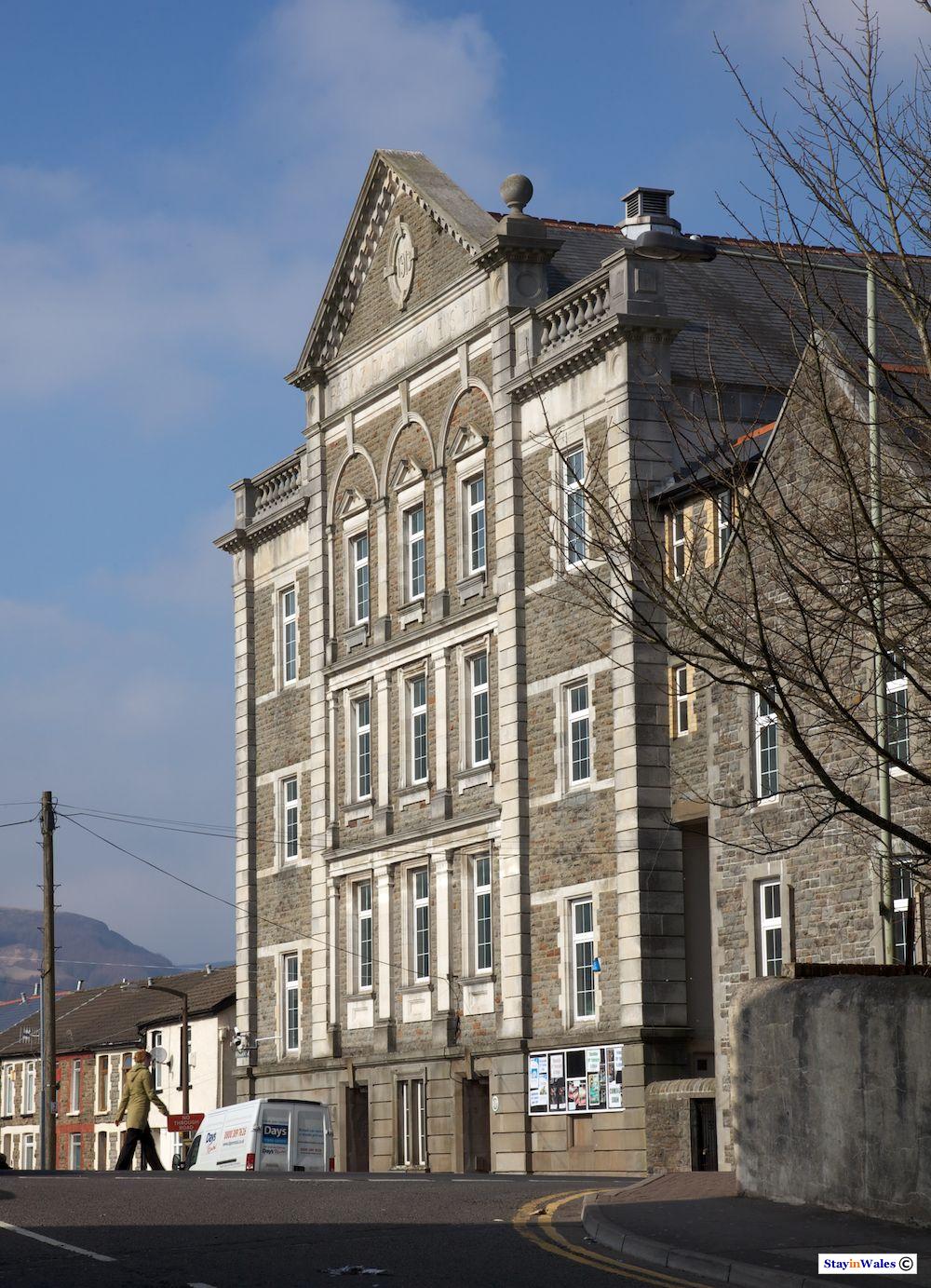