The village of Penrhys dates from 1966 when modern concrete slab houses were built by the council to ease the Rhondda's housing shortage. At an altitude of 1,100ft, and overlooking both the Rhndda Fach and Rhondda Fawr valleys, with commanding views of the many mountainous ridges and valleys of the area, it could have been an idyllic place to live. Unfortunately this didn't transpire. The village's shared heating system, which was cheap and effective when there was a plentiful supply of locally produced coal, became very expensive to run during the energy crisis of the 1970s, and it gained a reputation as a place where 'hard to house' families were relocated. In the late 1980s RCT Council renovated the housing, but still people were reluctant to move to Penrhys, so properties were demolished when vacated, reducing the population and killing off the local shops. It is still an active community, and maybe the 21st Century will bring better times for the village. We hope so. 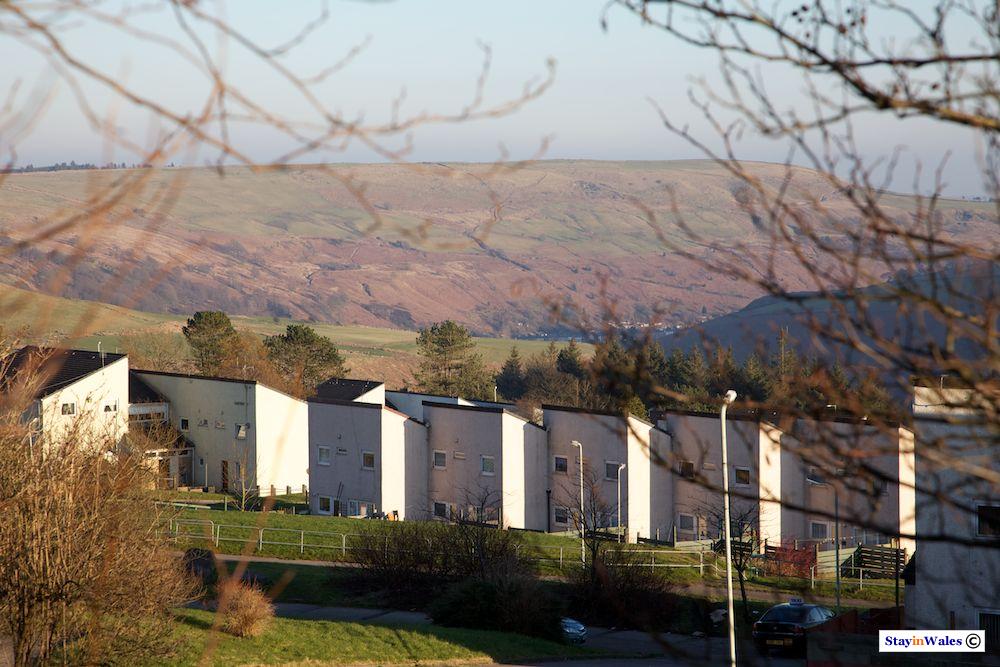