Twr Bach is the older of the two marker beacons at the seaward end of Llanddwyn Island. Too small to properly be described as a lighthouse, this conical stone beacon, dating from the early 19th Century, was built to help guide shipping - mostly boats transporting slate excavated from the quarries of Snowdonia - into the Menai Strait. In 1846 a larger lighthouse was constructed just across the bay from Twr Bach. With a taller tower and the advantage of illumination this more effective marker remained in use until 1975, when it was superceded by a directional light placed on the Twr Bach beacon. 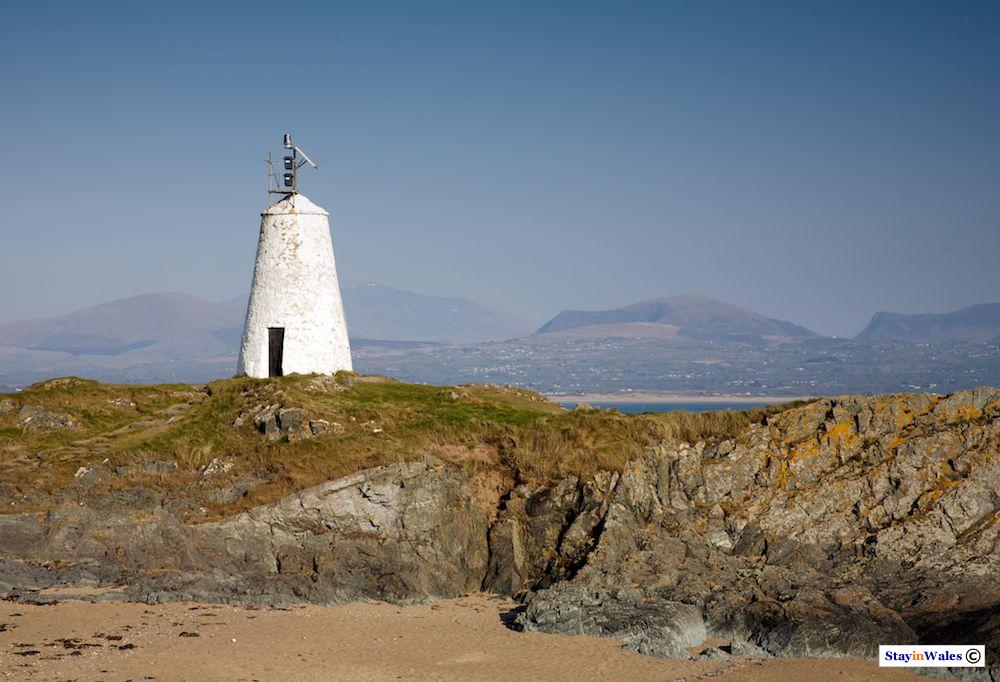