Opened in late 1902, the Vale of Rheidol railway line was built as a narrow gauge line because the cost of constructing a full size railway line up this steep route was prohibitive. Whilst passenger services were provided, it was primarily a freight line, used mainly for transporting lead ore from several mines around Devil's Bridge, and timber for use as pit props in the collieries of South Wales. Following closure of the lead mines the level of traffic declined and. Eventually becoming part of British Rail, closure was on the cards before it was taken over by a charitable trust in 1989. Fully restored and with gleaming locos and coaches, the service now runs regularly between early April and late October. See the Vale of Rheidol website for current timetables and fares. 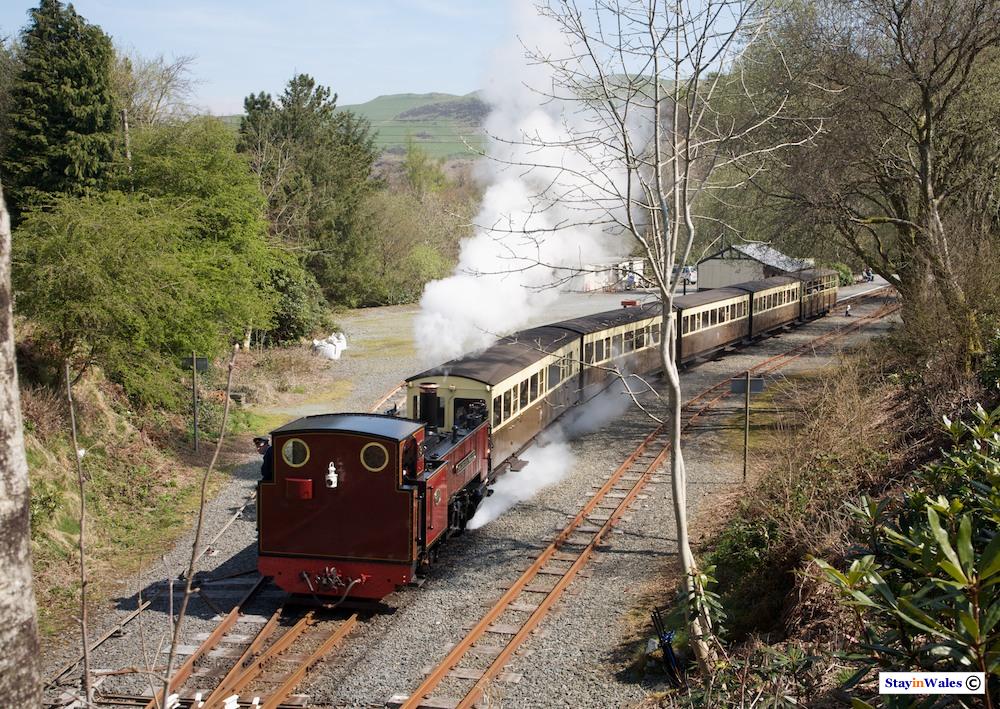