Aesthetics were presumably not at the top of the the list of considerations when it came to creating the dam at Llany Brianne. This reservoir was created by damming a gorge carved by the River Towy a few miles north of the village of Rhandirmwyn in northern Carmarthenshire. Ths spillway - a concrete ramp with a drop of around 300ft - is dry in this picture. In 2008 controversy was caused when canoeists were filmed descending it at some speed, and the practice was banned. 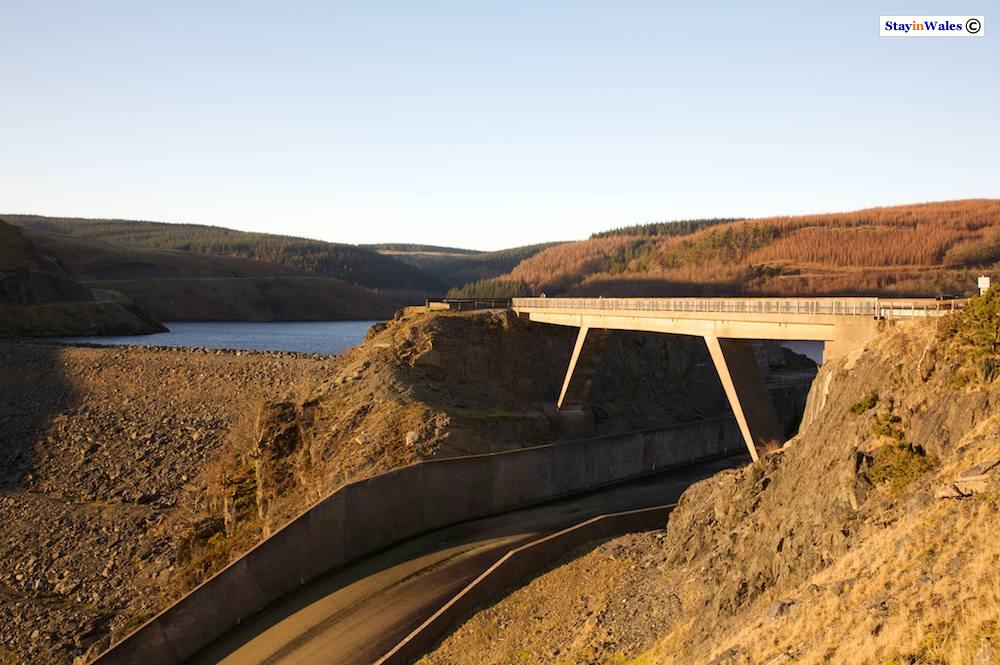