This bronze statue of Aneurin Bevan stands at the end of Queen Street, looking towards the castle in the centre of Cardiff. The inscription on the plinth reads: "Aneurin Bevan 1897 - 1960 Founder of the National Health Service". Without doubt one of the Labour movement's most notable figures, he was born into a mining family in Tredegar, and became a miner himself on leaving school at the age of 13. A union activist from an early age, he headed his local lodge from the age of 19, and was elected Member of Parliament for the seat of Ebbw Vale in 1929. Following Labour's landslide victory in 1945, party leader Clement Attlee appointed Bevan Minister of Health, and in 1948 his 'magnum opus', the National Health Service Act, which had been approved by parliament in 1946, came into force. 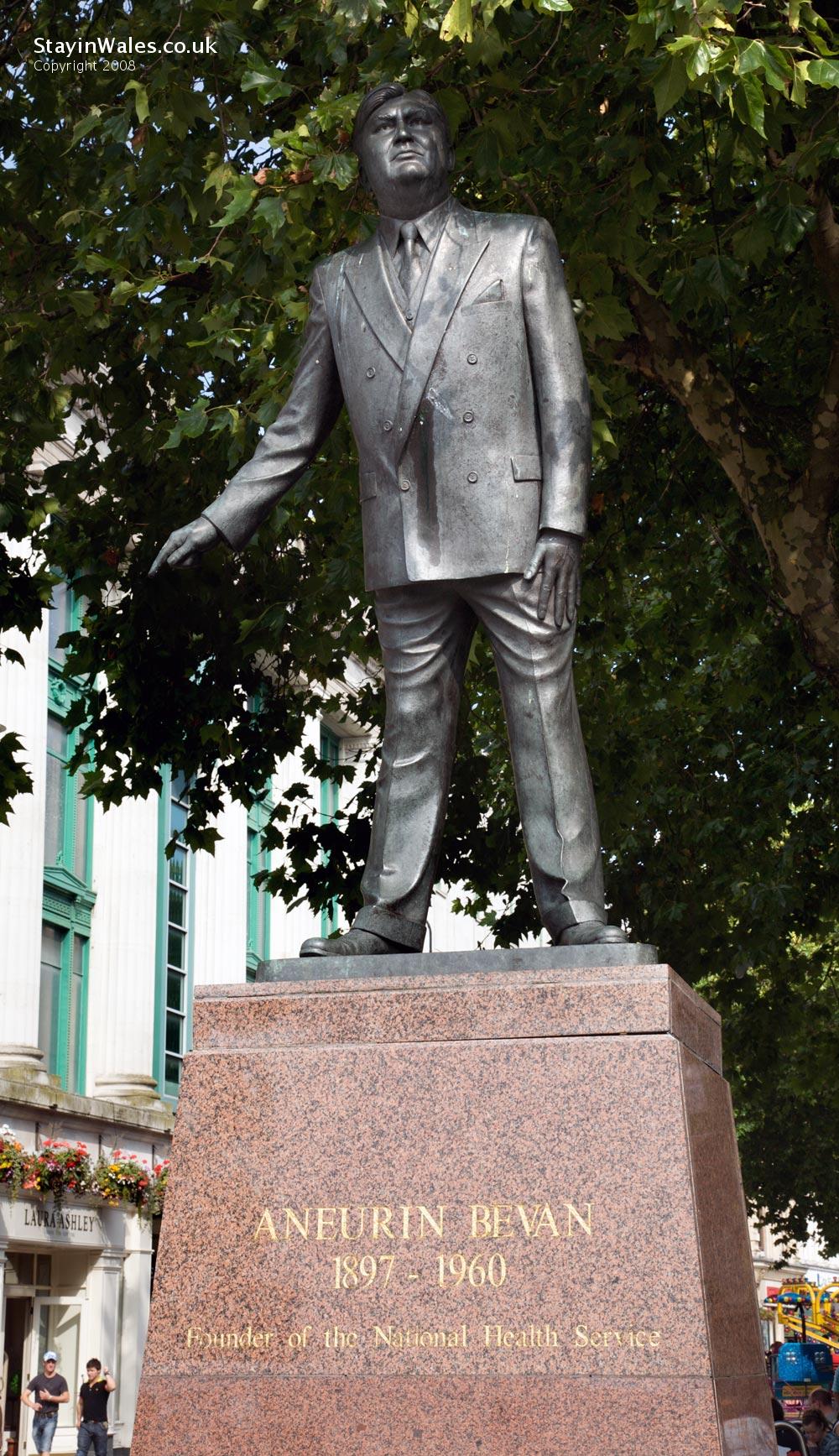