Strumble Head lighthouse stands on the rocky island of Ynys Meicl - or St Michaels Island - marking the dangerous northern Pembrokeshire coast, along which 60 ships were lost in the 19th Century. It was built in 1908 to protect shipping between Ireland and the commercial harbour at Fishguard which is 3 miles to the east. Originally fuelled by paraffin, it was converted to use electricity and 1965. Following its automation in 1980, it is now operated remotely from Trinity House's operation centre at Harwich. 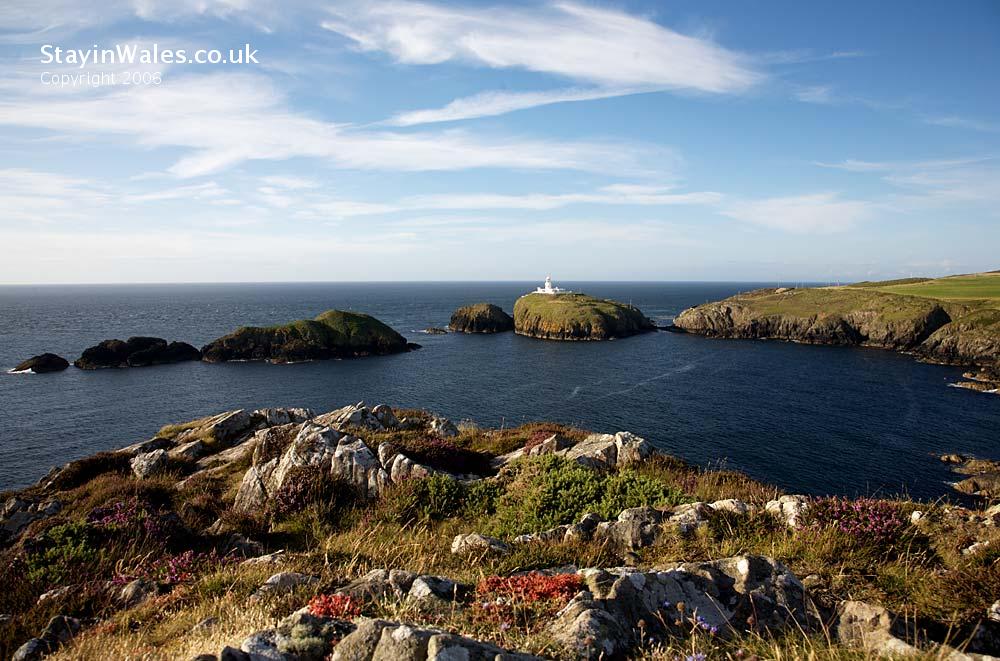