The inscription by the anchor on the quayside at Conwy says: "This anchor was presented by Jack Williams MBE, Mayor of Conwy Borough 1969-1970, who championed the causes of his fellow fishermen. In May 1969 he and the crew of his trawler Kilravock towed to safety 400 American passengers in danger of being driven onto the Little Orme". The Americans were tourists from the Swedish liner Kungsholm, who were on a smaller boat, the St Trillo, which was returning them to the liner. The liner's mooring ropes entangled the propellors of the St Trillo, leaving it adrift in rapidly worsening winds. The trawler Kilravock and the Llandudno lifeboat towed the St Trillo to a safe mooring at Llandudno Pier. 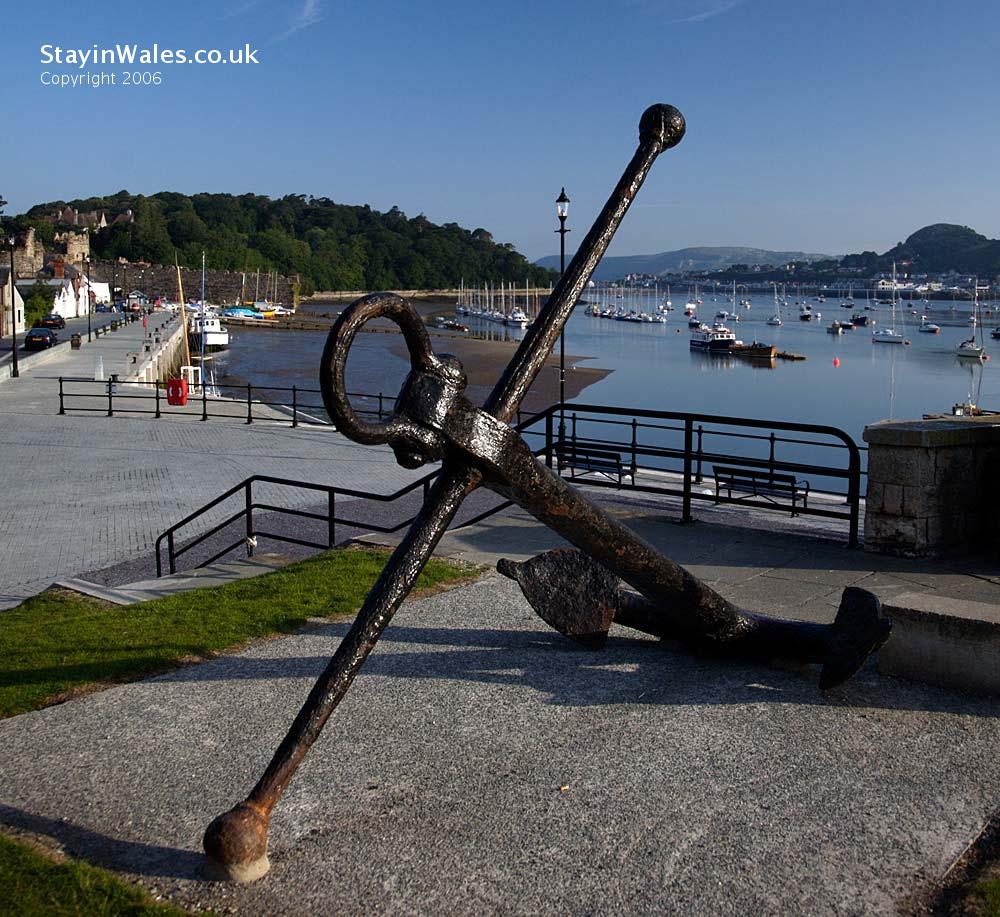