In the centre of Newport is a scupture which marks the 1839 uprising by the Chartists Union, when a group of about 3000 people marched on the Westgate Hotel in the town centre. Local militia broke up the march, killing about 20 demonstrators whilst doing so. The march was led by John Frost, who was later sentenced to death for treason, but was deported to Australia. Called 'Unity Prudence and Energy', the scupture was created by Christopher Kelly and erected in 1991. 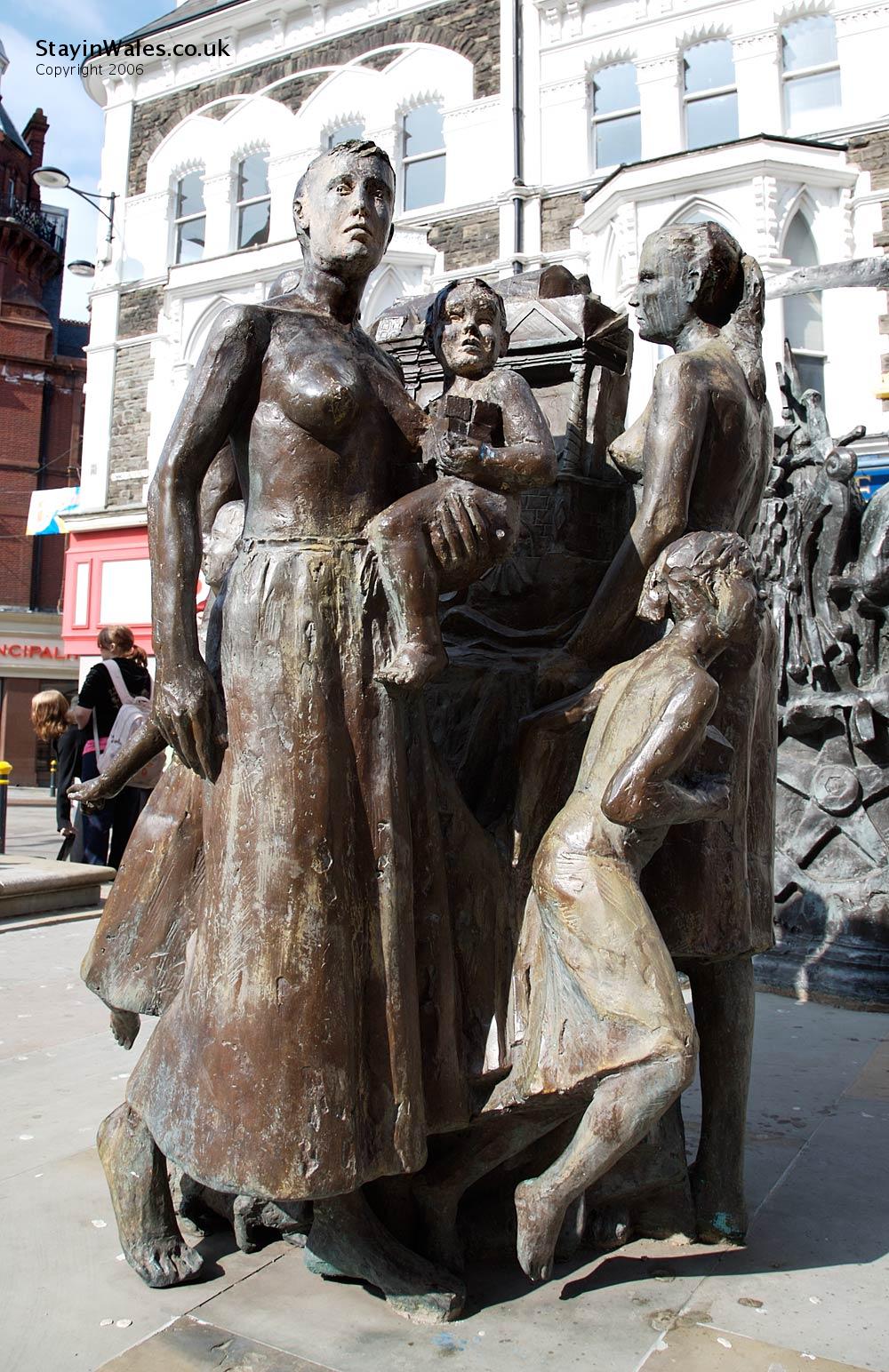