Born to a poor farming family in 1818 in the Montgomeryshire village of Llandinam, which is between Newtown and Llanidloes, David Davies became a wealthy industrialist. His Ocean Coal Company at one point employed 5000 men, and his business interests also included railways and the building of the docks at Barry, south Wales. This statue of David Davies stands by the main road at the northern end of Llandinam, next to the bridge across the river which led to his home, Broneirion. 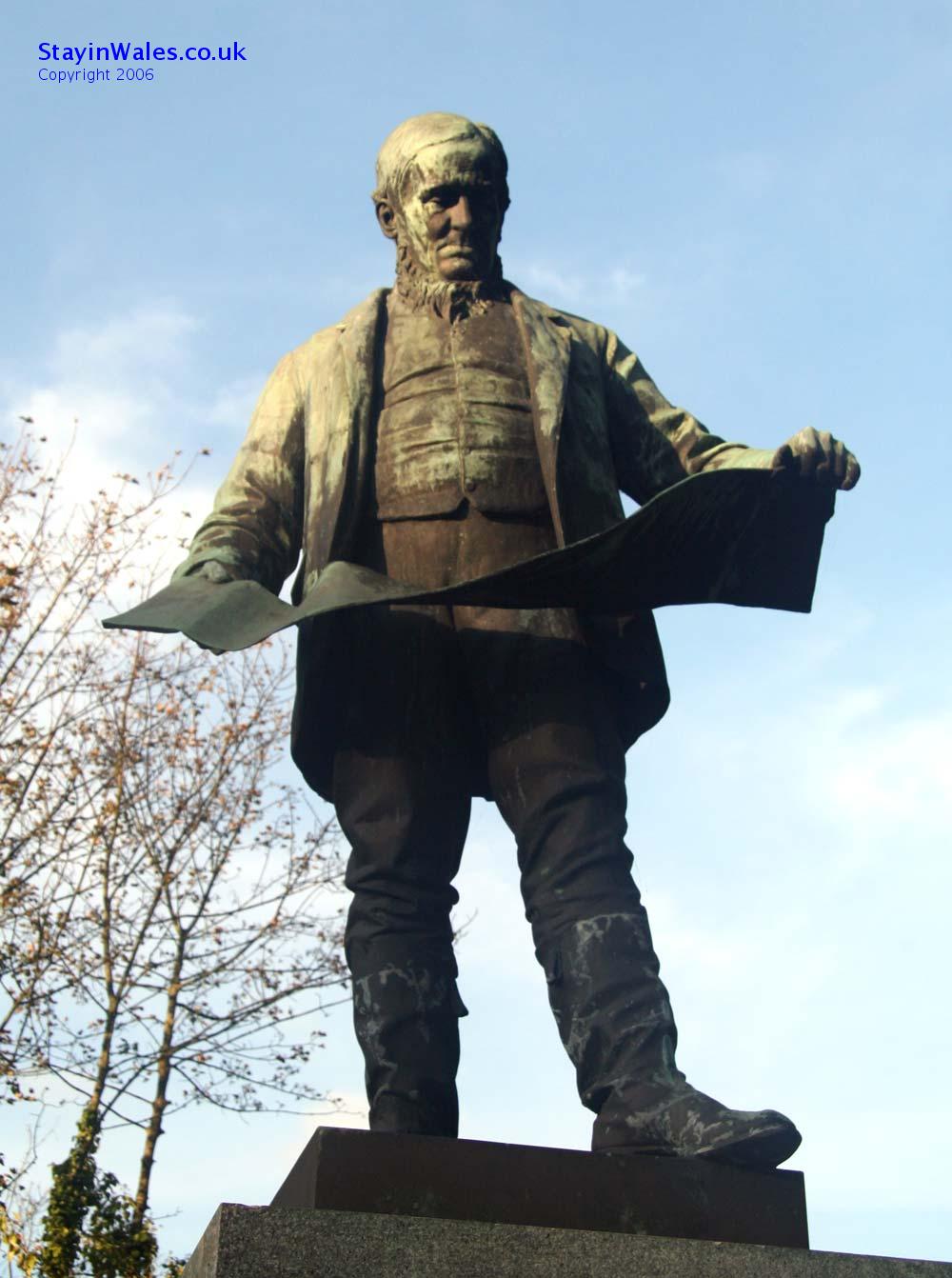