Anglesey once had over 100 windmills, which were used to grind the grain which was grown on the island. Llynnon Mill - or Melin Llynnon in Welsh - is one of only two working mills which remain on Anglesey. Built in 1775, it was used until 1918 when it was badly damaged in a storm. Restored to working order by Anglesey Borough Council, it was re-opened in 1986 and now produces stone ground flour. Next to the windmill is Llynnon Tea Room, and on the lower floor of the building is Anglesey Craftworkers' Guild Shop, which stocks many locally made products. Open daily from Easter to the end of September. Tel 01407 730797. 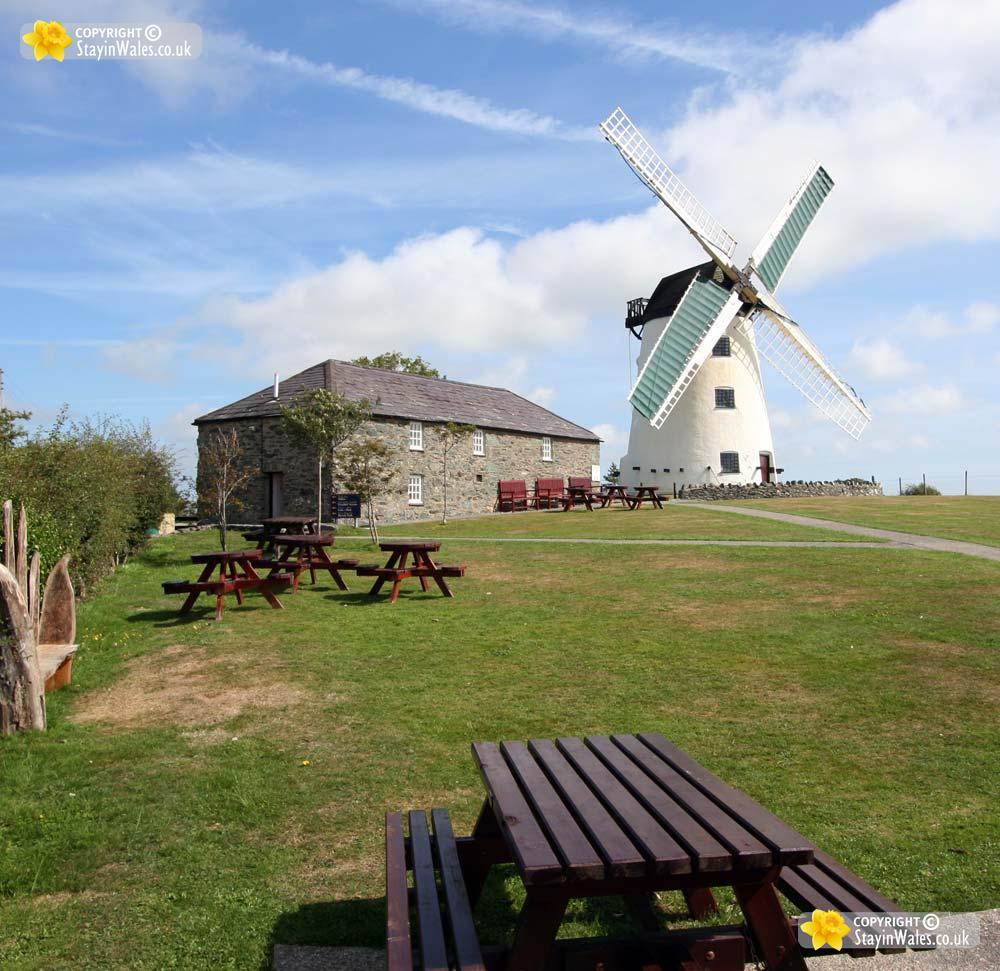