The Wogan Watergate is a huge natural cavern reached by a spiral staircase from Pembrokeshire Castle's Great Hall block. A large watergate was built across the front of the cave to incorporate it into the castle's defences. It was used for storage, and may have also been used as a boathouse. In earlier times - as long as 12,000 years ago - the Wogan was used as a shelter by cave dwellers during the Palaeolithic Ice Age, who left behind stone tools. 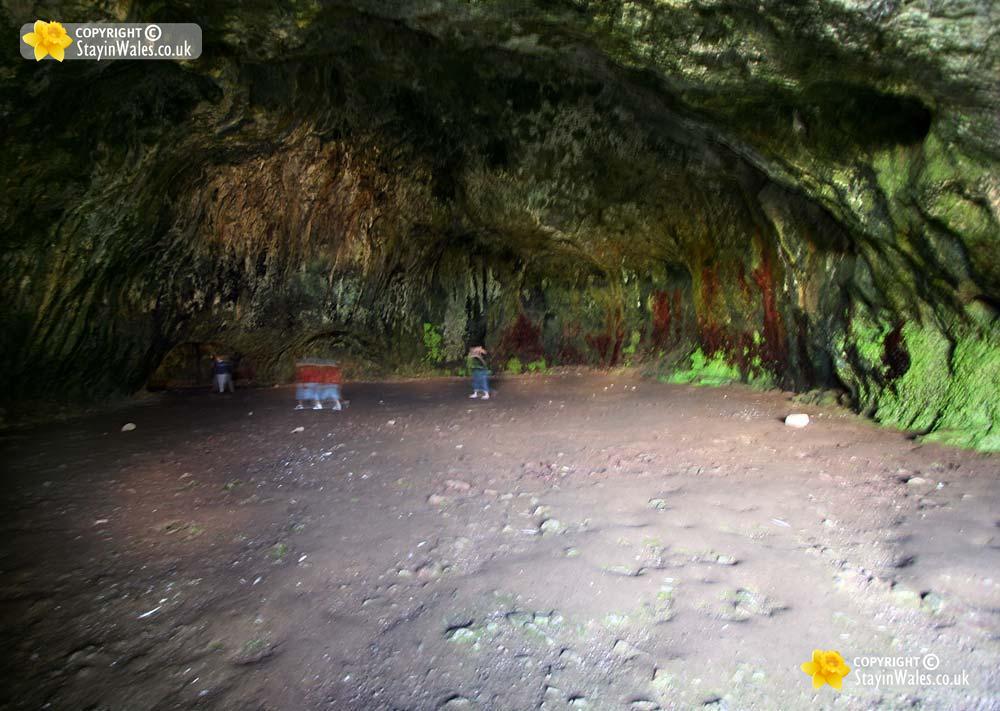