Unusually, the Parish Church of Llanlleonfel is not dedicated to a saint. In a hilltop setting just off the main A483 to the west of the village of Garth, it is entirely surrounded by trees so easy to miss. The highlight of this church's history was the wedding of Methodist leader Charles Wesley and Sarah Gwynne, of the Manor of Garth, in April 1749. According to Francis Kilvert, in 1873 the church was an abandoned ruin. It was rebuilt in 1876 with a central bell tower, later moved to the western end of the building. The name is thought to be derived from the Welsh 'Llan lleon voel', meaning 'Church of the bare moor'. It is now one of the churches which make up the Parish of the Irfon Valley. 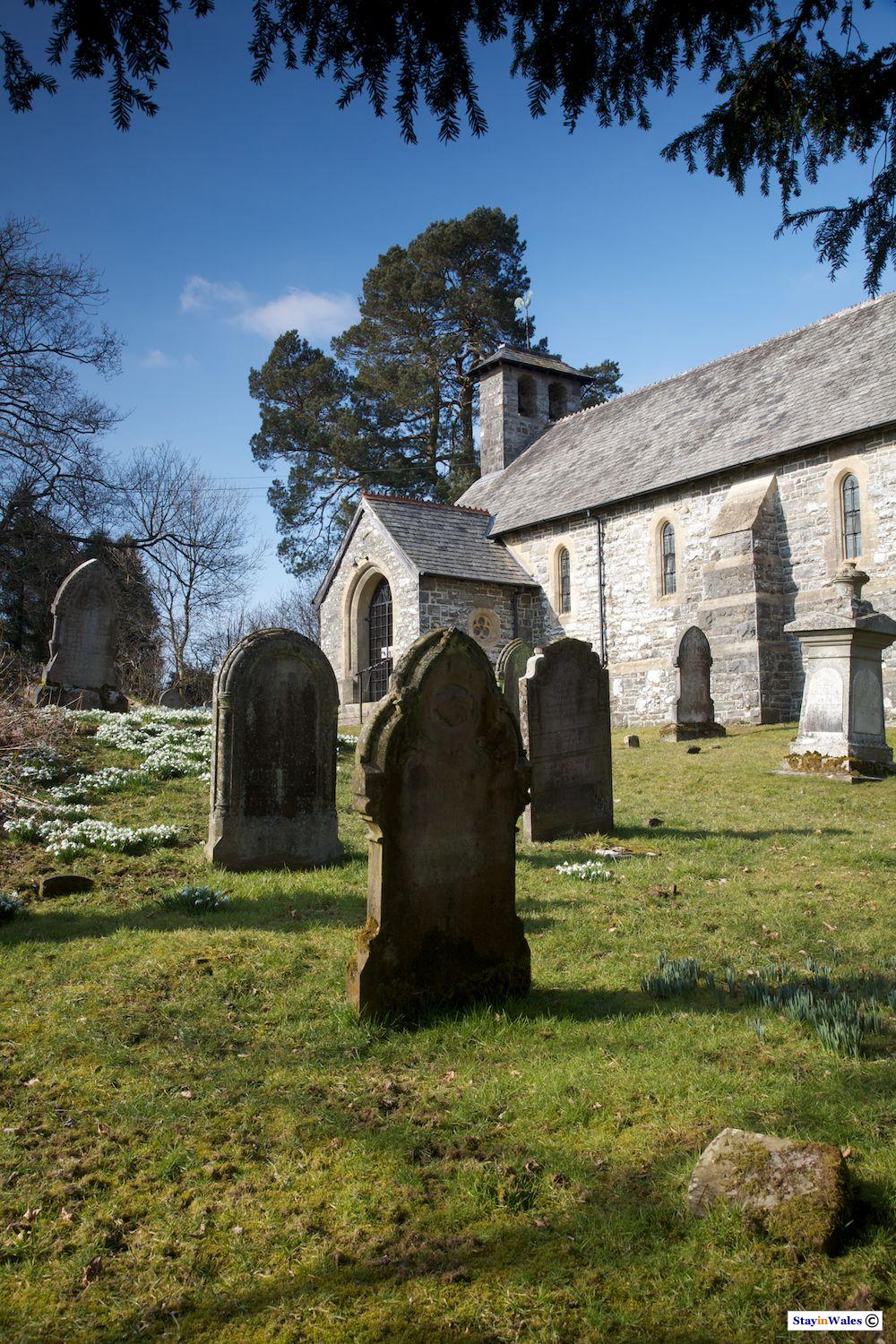