St Mary's Church at Pilleth is magically set amongst steeply decending hillsides in the Lugg Valley, off the cross country road which links Llanbister with Presteigne about half a mile west of the village of Whitton. First mentioned in The Domesday Book, the church was damaged in the Battle of Pilleth (1402) when Owain Glyndwr, Prince of Wales, defeated the English forces led by Edmund Mortimer. It has been rebuilt and renovated several times since, the most recent completed in 2004 when the semi-derelict structure was re-roofed, and the northern wall was reinforced. 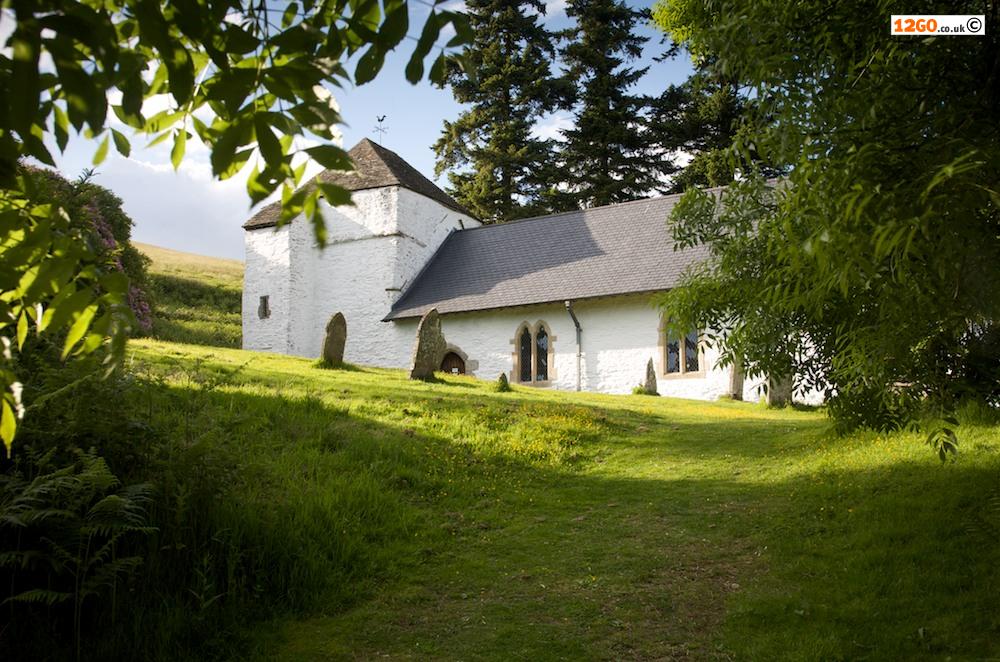