Standing near Llandrindod Wells lake, Capel Maelog stone circle is a modern creation (circa 1987) in memory of an abandoned early medieval church which was discovered elsewhere in Llandrindod Wells during the preparation for construction of a new housing development. A ground plan, using stone from the foundations of the original church, gives an impression of the size and layout of the church, originally known as Llanfaelog, which was dedicated to St Maelog, a Welsh churchman who lived in the 6th Century. 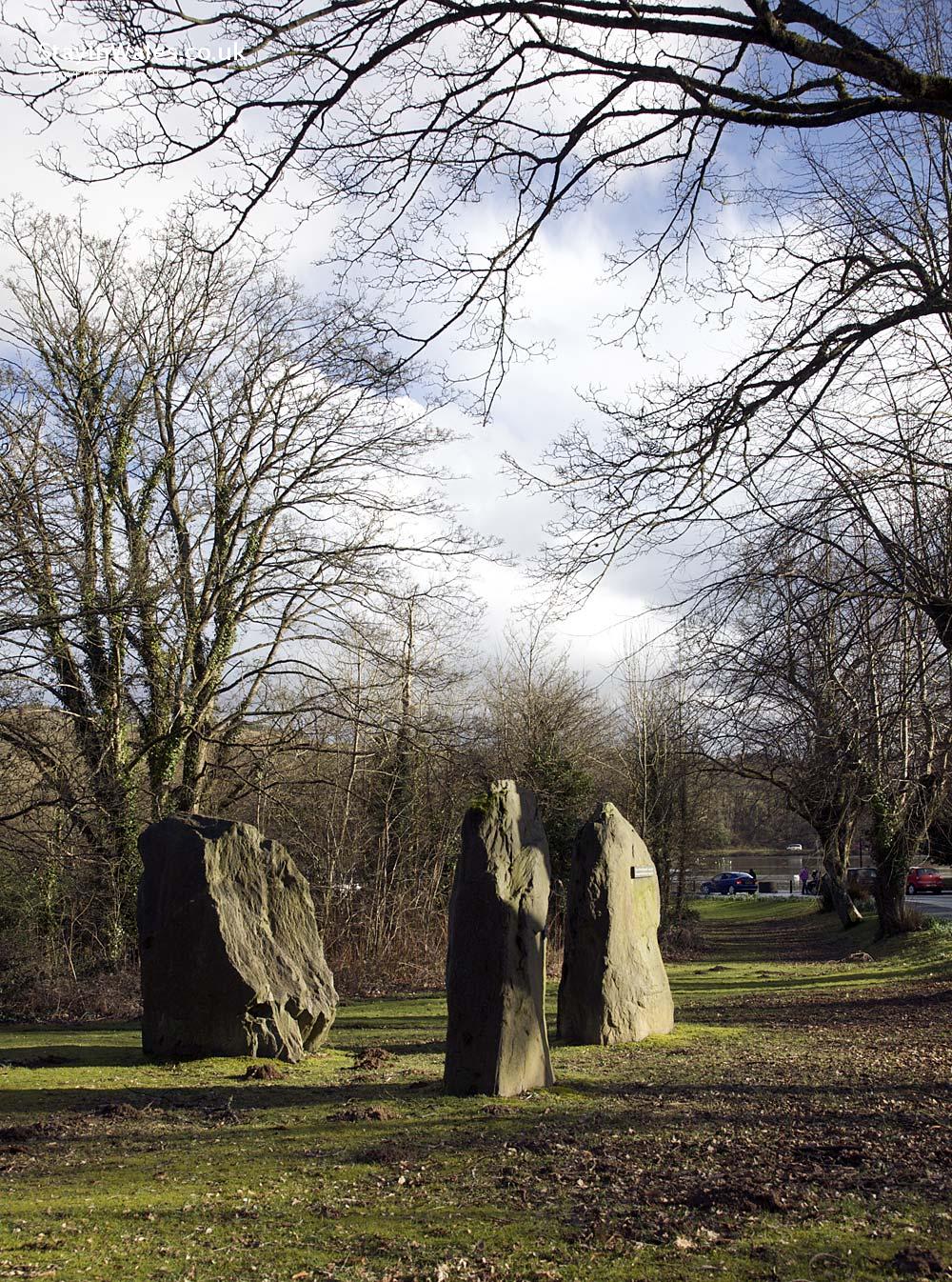