Thomas Jones was born into an important family of Dissenters in Llandrindod Wells in 1742. The family moved to a country estate called Pencerrig near Builth Wells, which is now a country house hotel. He trained as an artist in London, and was elected a fellow of the Society of Artists in 1766, and became famous for his landscape sketches. Although recognised as a talented artist, he received few commissions. However his family wealth ensured a comfortable life in London, and later at Pencerrig. He died in 1803 and was buried in the family vault at Cae Bach chapel, Llandrindod Wells. This statue of Thomas Jones stands in Temple Gardens, Llandrindod Wells. 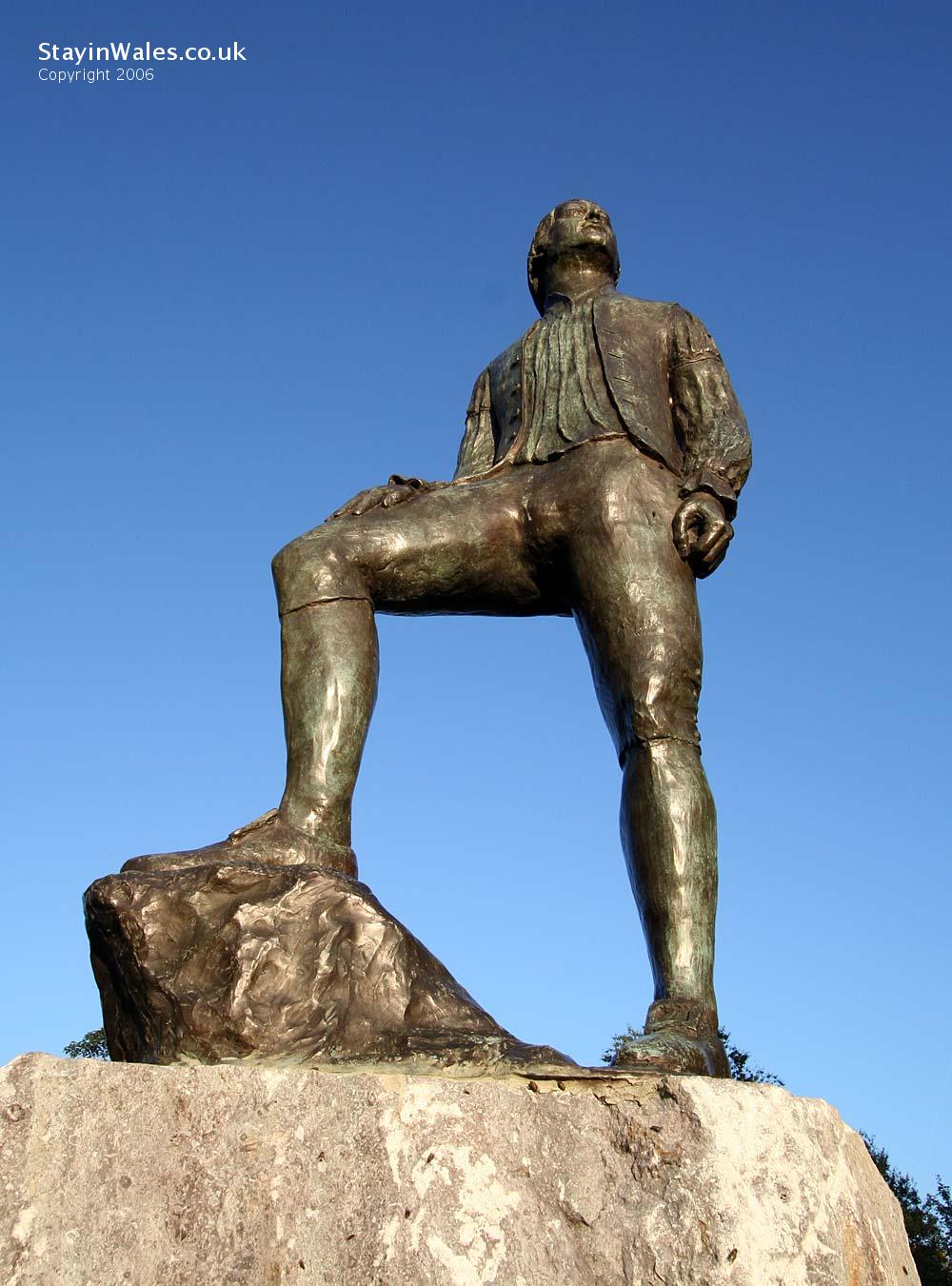