1-4 Fron Haul is a row of slate miners' cottages which was moved to the National Slate Museum at Llanberis from Tanygrisiau near Blaenau Ffestiniog in 1998. Each illustrates a different period in the history of slate mining in North Wales. No 3 shows 'the golden age of slate', around 1861, when slate was in great demand and the industry was growing fast. No 2 illustrates the poverty caused by the bitter three year strike at Penrhyn, over the mountain from Dirorwic, which started in 1900. No 1 portrays life around the end of the 1960s when the industry was in rapid decline. 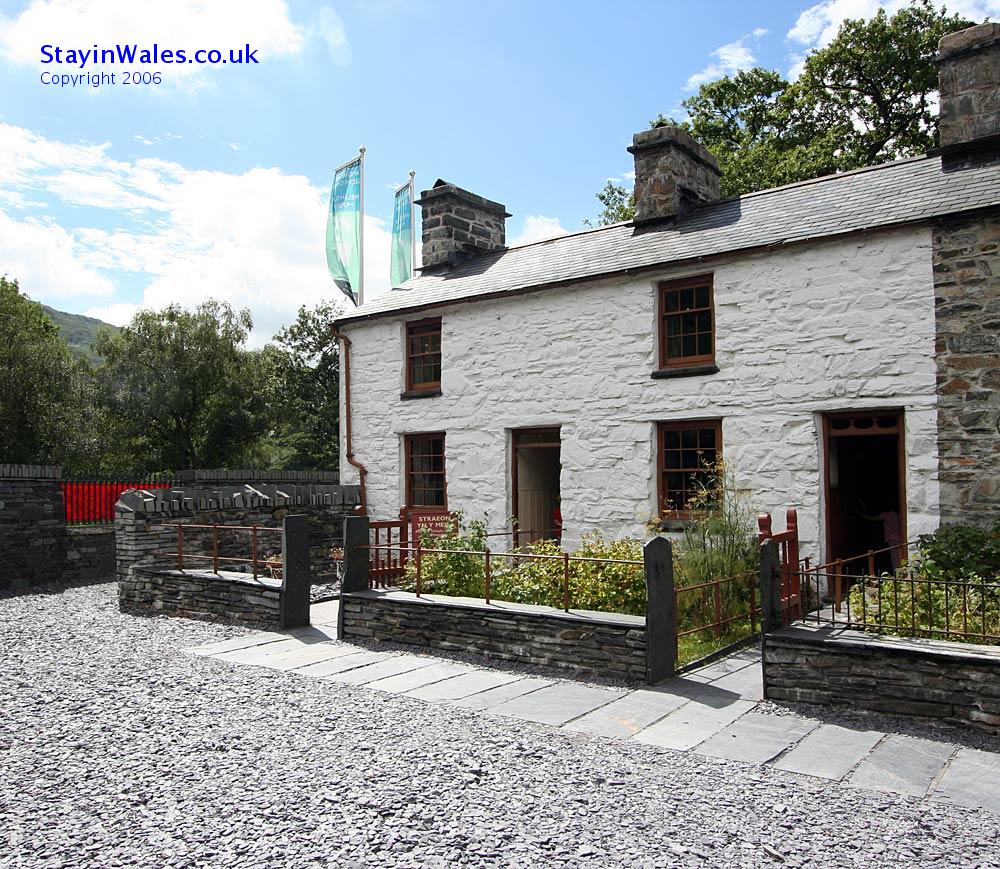