South of the centre of Llandeilo, the main road to Swansea cuts through St Teilo's churchyard. The re-routing of the road in the middle of the 19th Century, to meet a new bridge across the Towy between Llandeilo and Ffairfach, meant demolition of an earlier 13th Century church on the site was necessary. Dismantling the old church started in 1848, and the new building was consecrated in October 1850. Due to lack of funds, a 100ft spire, intended to replace the church tower, was not built, and St Teiloâ€™s retains the 13th Century tower, which has an unusually large clock. 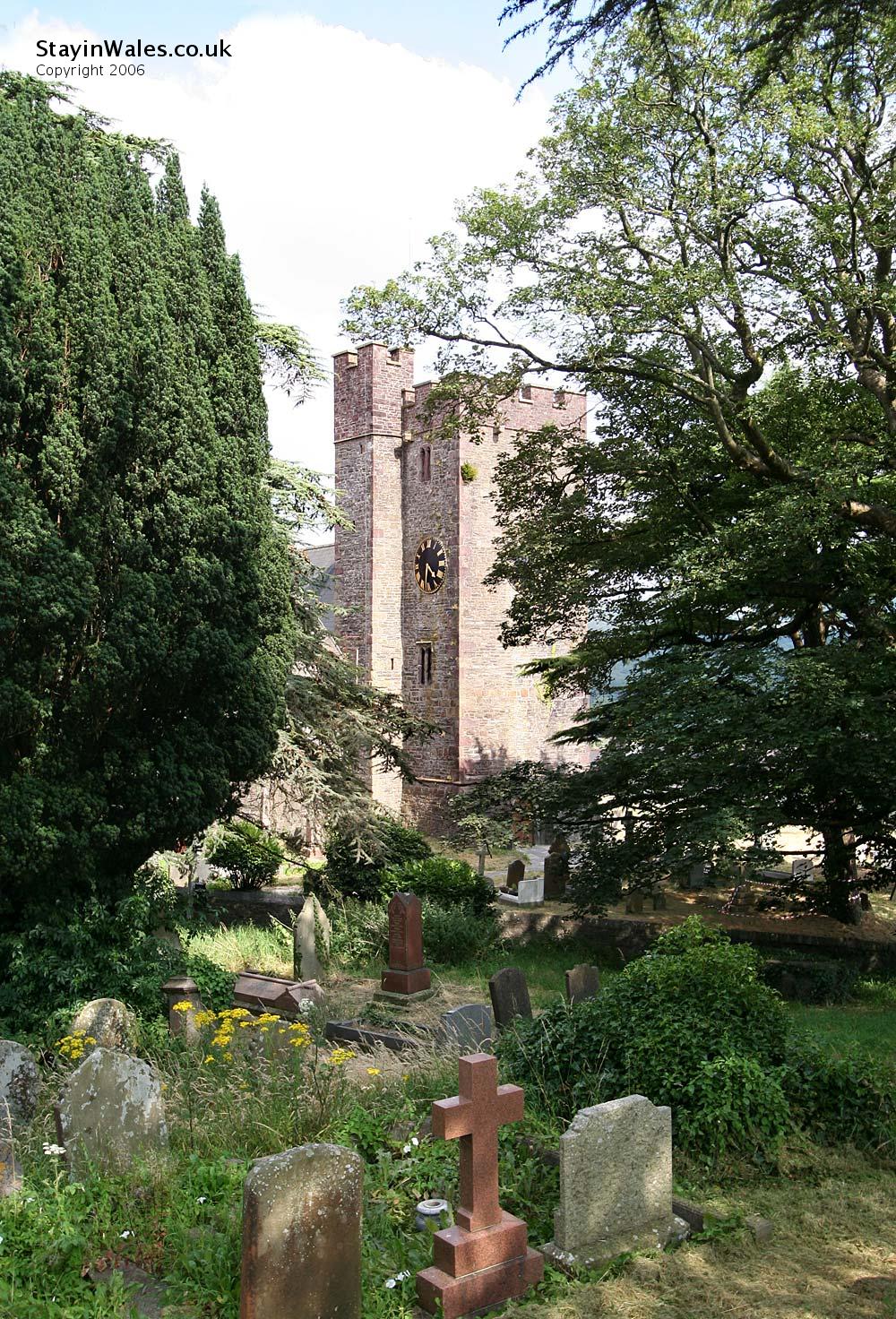