Harlech Castle is in a commanding position between the Snowdonia mountains and Porthmadog Bay. Now a ruin, though with much of the structure remaining, Harlech Castle was designed by the talented military architect Master James of Saint George. Part of an 'iron ring' of castles around the northern half of Wales - eventually from Flint in the north east to Aberystwyth, on Cardigan Bay - it was started by King Edward 1 in 1283. At one time the sea reached the rock the castle stands on, and a fortified stairway ran 200 yards down the rock. 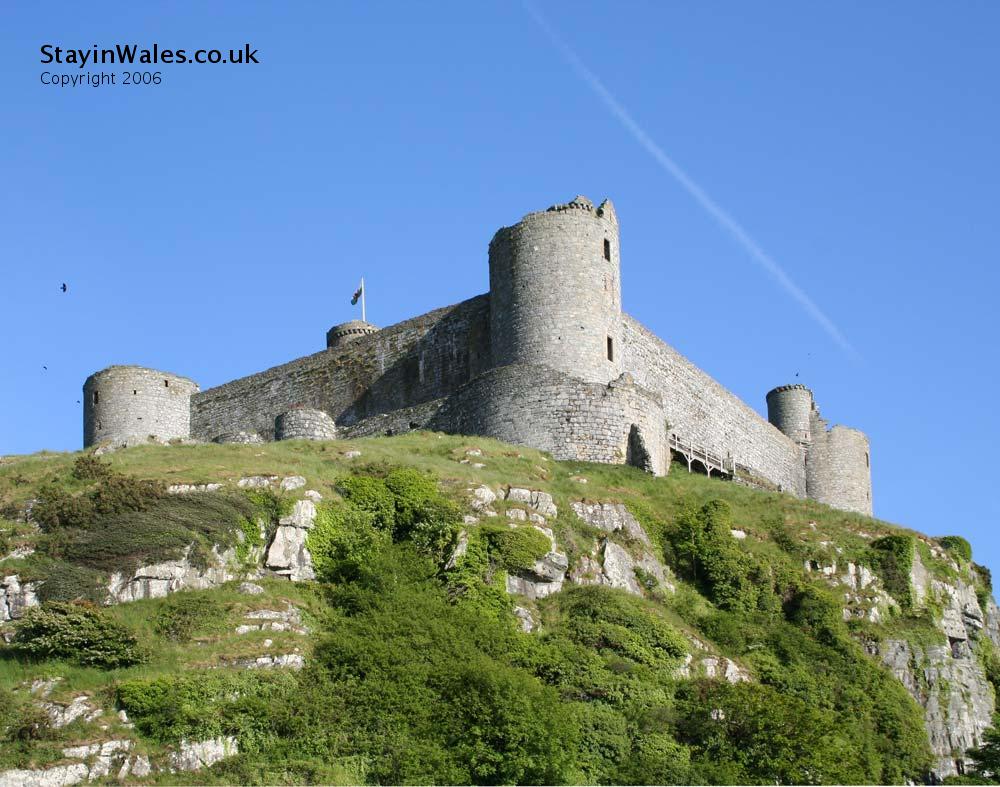