The opening of the Royal Pier at Aberystwyth in 1865 coincided with the arrival of the Cambrian railway line in the town. The first Welsh pleasure pier, it was a central focus of the seaside resort. The pier has become somewhat truncated over the years. A few months after its opening, a storm removed a 100 metre section. Another storm in 1938 reduced the length of the pier to 91 metres. New owners made major improvements to the pier in 1986, and it now houses a wine bar and brasserie and large amusement arcade. Tel 01970 636100. Overhead is a part of a large flock of starlings which arrived unexpectedly en-masse and gathered on the girders of the pier. 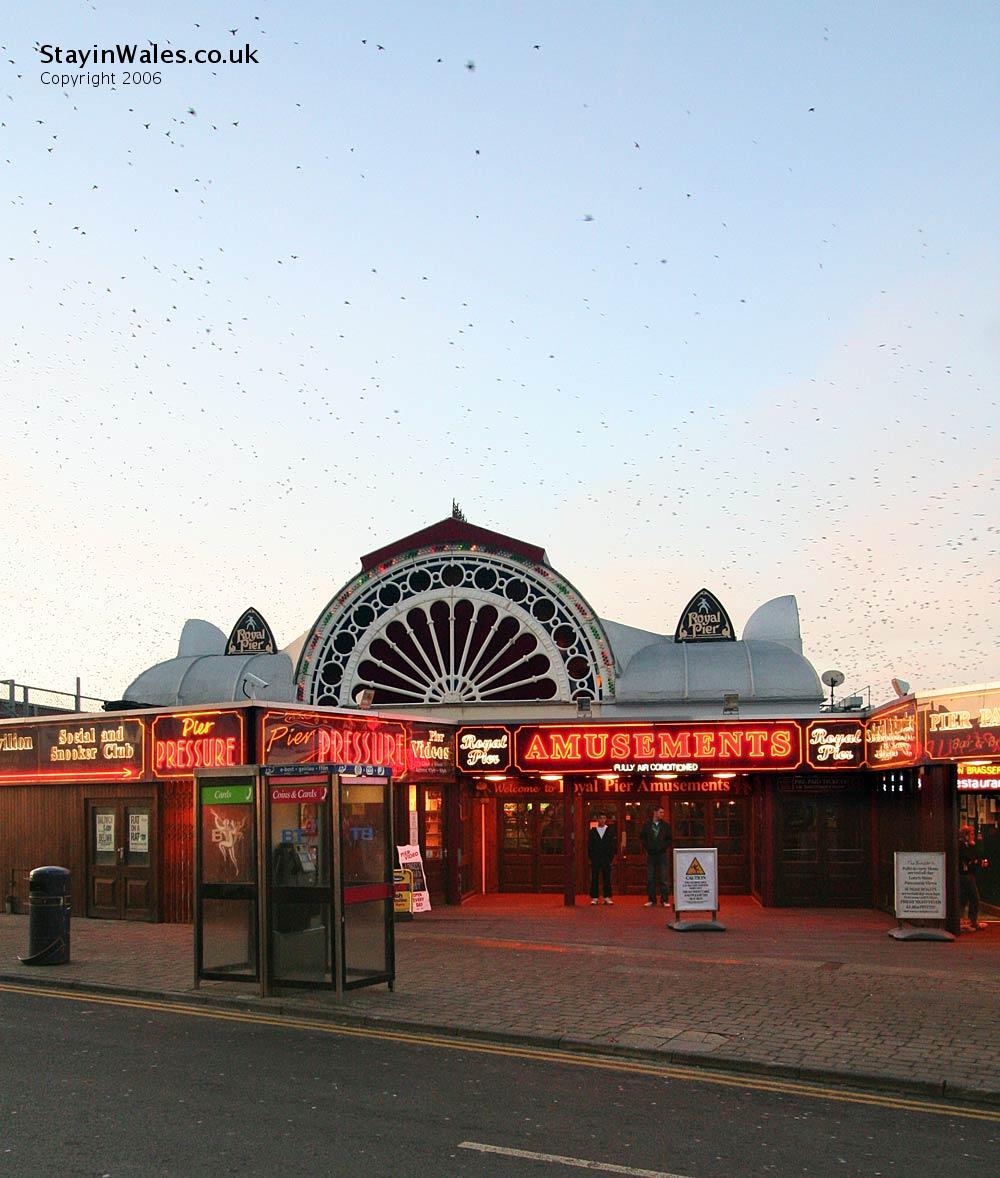