The strange sight of a seriously large beached ship meets those travelling the A548 between Flint and Prestatyn. Manoeuvred at high tide into its current position in a creek behind the Arkhana Fabrics shop, it was then 'concreted in', and became, for a short period, 'Mostyn's Fun Ship', being used as an amusement arcade, supermarket and nightclub. Unused and rusting slowly away, the Duke is now fenced off with razor wire. A footpath runs down each side of the creek, so you can take a look from both sides. The right hand path is the better of the two - you also get a view across the Dee Estuary to the western end of the Wirral and Hilbre Island, and to Liverpool beyond. 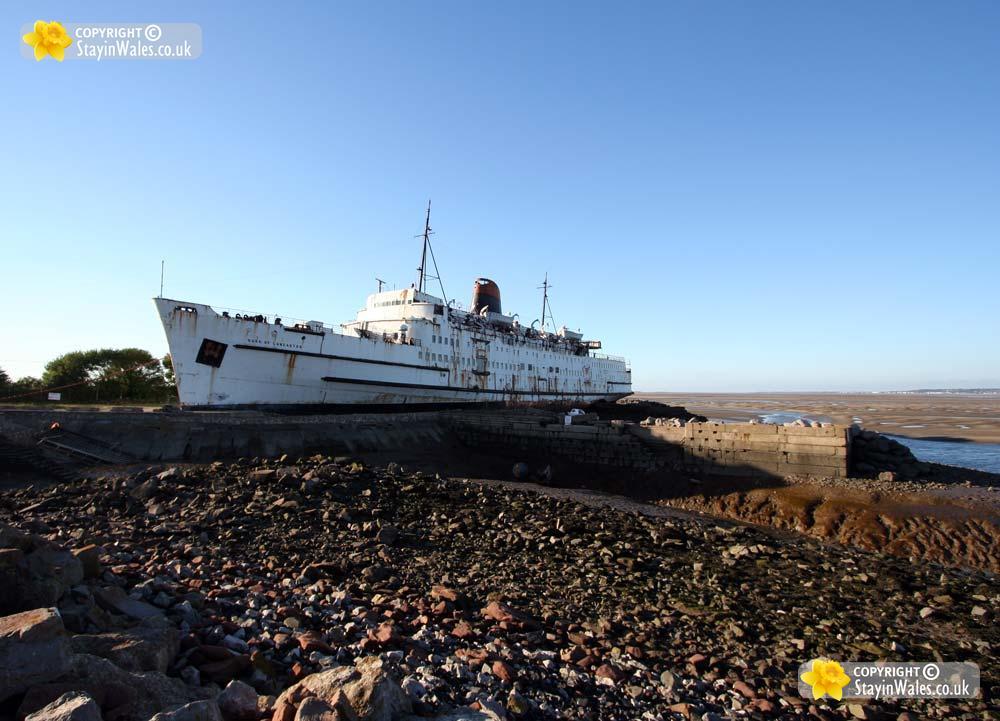 The White House by the Sea
Prestatyn
12
More info