Rescued from Ireland in 1999, Severn Princess stands on a berth by the Old Ferry Inn at the Wales end of the Old Severn Bridge. From 11 February 1931, a ferry service was operated by the Old Passage Severn Ferry Company Ltd between Beachley and Aust. Services, first carrying just foot passengers and bicycles, and later extended to cars, operated until 1966, when the Severn Bridge opened and there was no longer any need for the crossing. Severn Princess was built in Hull and entered service in November 1960. After being laid up in Chepstow and Newport, she stood unused in Galway, Ireland, then saw a variety of duties, including as a floating camera platform for the film North Sea Hijack. until 1994. Rescued from Ireland in 1999, a Chepstow-based group planned to restore the ferry, but she has been in a state if decline since, and now appears to be in an irrepairable state. 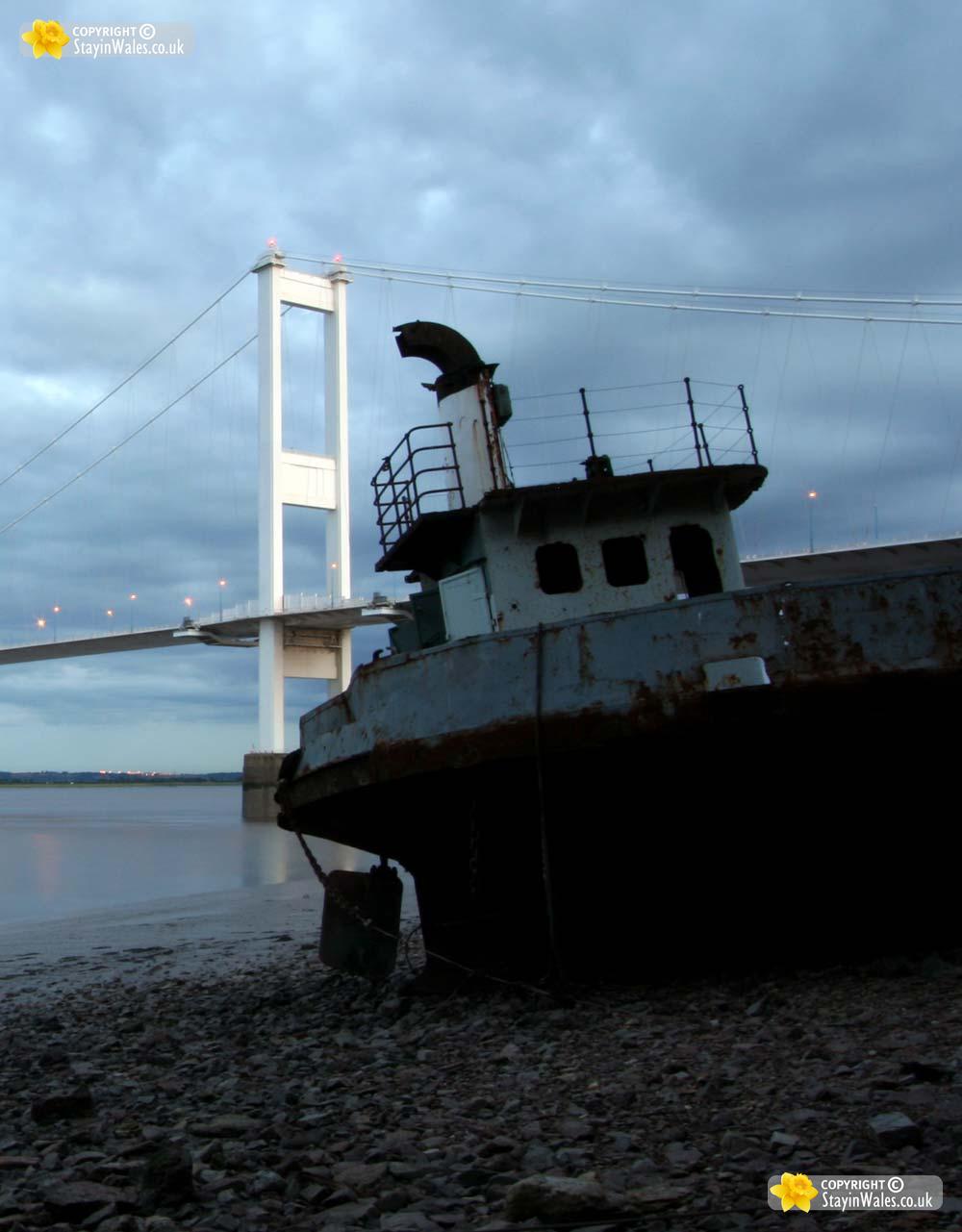