Until January 1988 the Old Wye Bridge was the main bridge into the town from Gloucestershire. A fine cast iron structure, the bridge is now a protected monument and restricted to light traffic only. The latest of six bridges at this point on the Wye was built in 1816 by John Rastrick of Bridgenorth, and it has been strengthened several times prior to the building of the new bridge. The rise and fall of the river at this point is a spectacular 12 metres. The centre of the Wye Bridge marks the border between the counties of Gwent and Gloucestershire. 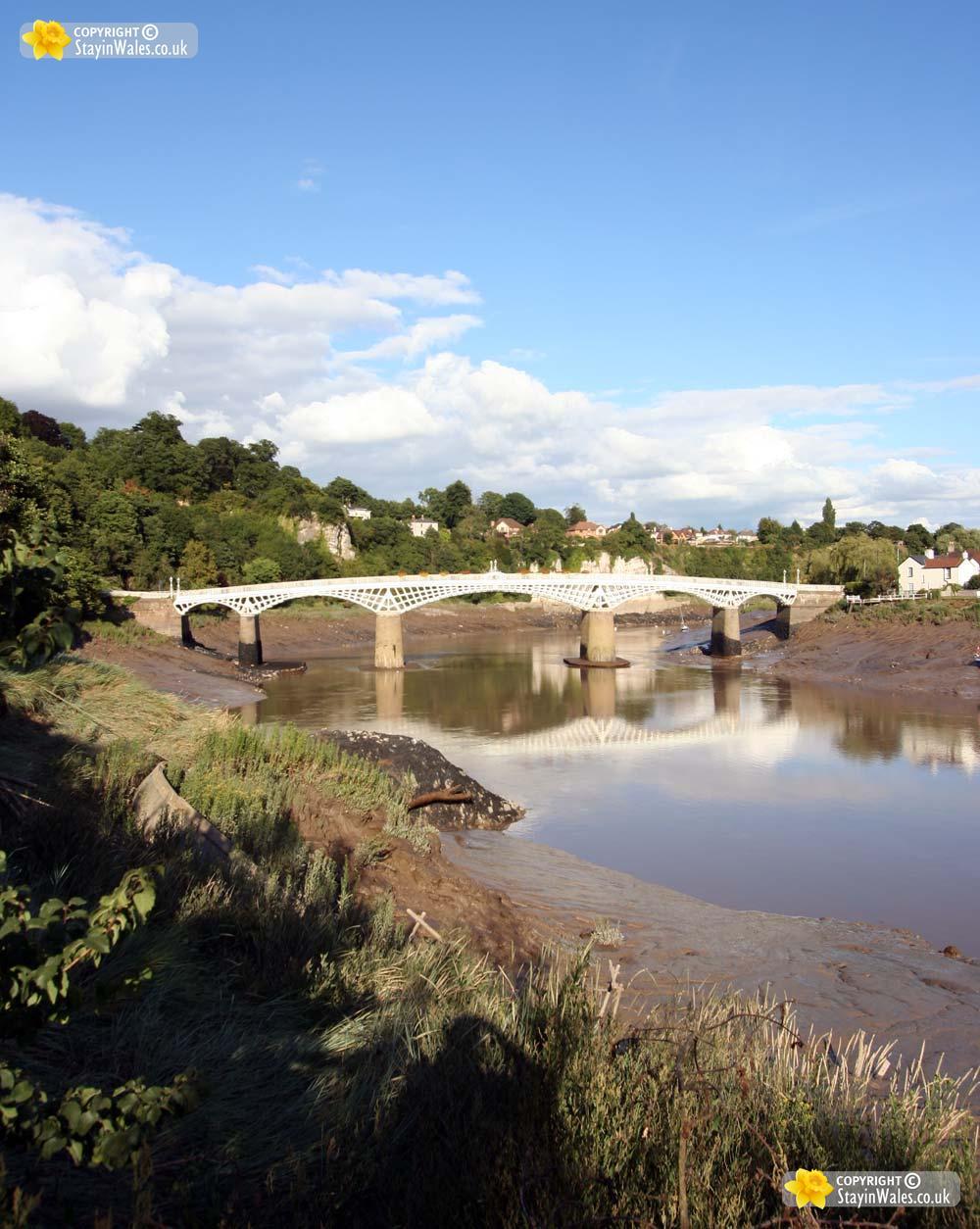