The easiest route to Pumlumon Fawr (also sometimes spelt 'Plynlimon') is from Eisteddfa Gurig, a settlement of a couple of farmhouses at the highest point of the main A44 road to Aberystwyth. It's likely that your satnav won't have heard of this, so instead you could tap in its co-ordinates which are 52.44136, -3.77129. There is parking there, for which a fee of £3 (in 2010) is payable. From here, take the gate at the left of the farmyard and follow the signs. The first part of the route, pictured here running alongside the Afon (River) Tarennig, is the track which was the access road for a long-abandoned lead mine. When you reach the mine, its track heads off eastwards, and the route to the peak, signposted by a small waymarker, becomes a narrow, grassy path ascending the flank of the hill quite steeply. Continuing upwards, you'll eventually reach some areas of scree, beyond which is a stile. Cross it and you'll reach the summit cairn which surrounds a trig point, from where you will (weather permitting) enjoy glorious views all around. Distance from Eisteddfa Gurig is a little over 2 miles, though it feels further. To add some variety, use the alternative route back, which pretty well follows the fence until it reaches a wood. From there, go left along the edge of the wood until you meet a gravelled track which takes you back to the farm. 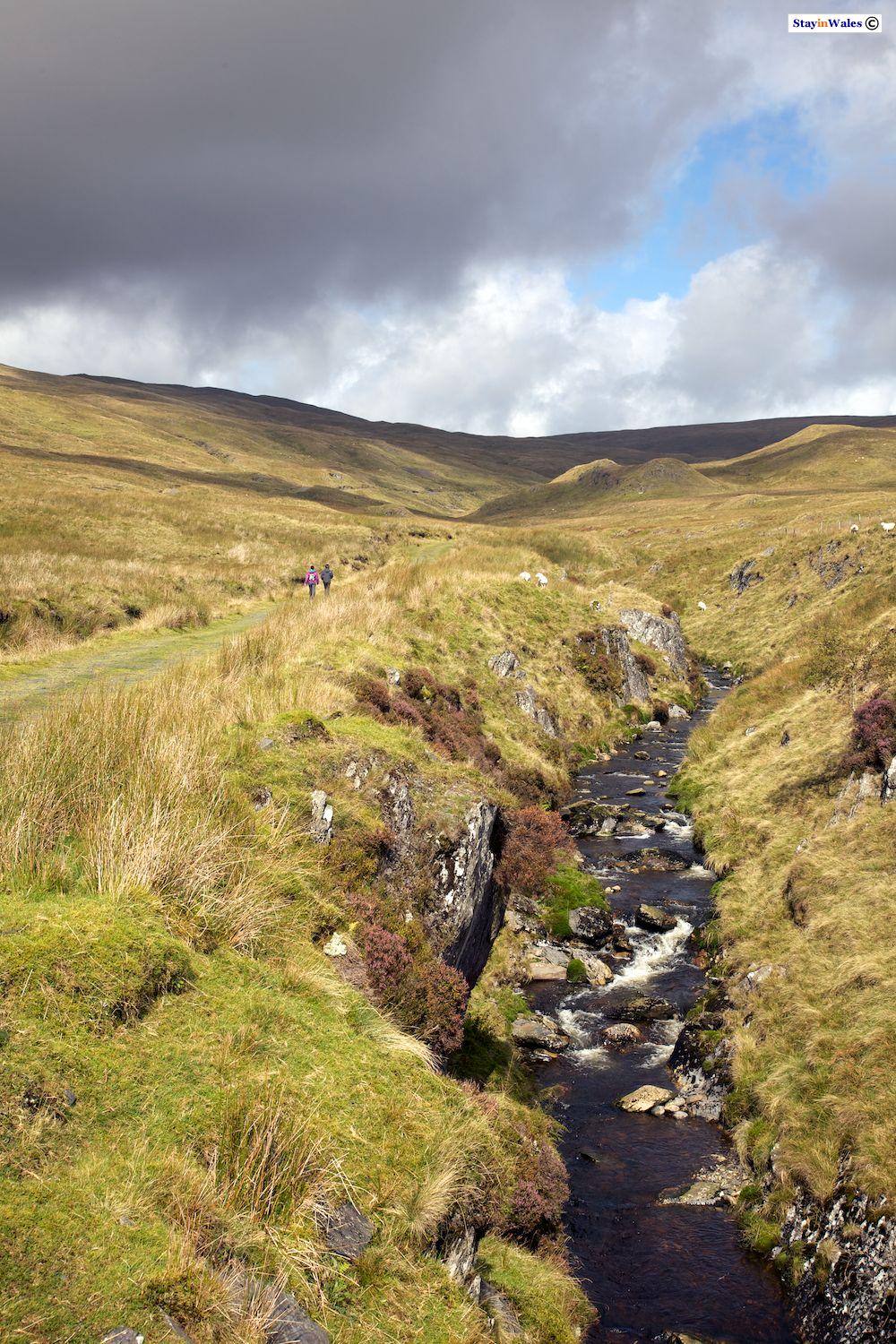