Pumlumon Fawr (or, in English, though it's an academic difference, Plynlimon), at 752 metres, is not a particularly huge mountain, but it's the highest one you'll find in Mid Wales, and ascending it is a rewarding experience. The shortest route is from Eisteddfa Gurig, a little over 2 miles to the south. From the summit it offers commanding views in all directions. At its western foot lies the Nant y Moch Reservoir. On a clear day you'll see, to the west, the tide washing over the sands at Borth and the sandbars of the Dovey Estuary. To the north, Cader Idris is prominent. To the east, the domed massif of Radnor Forest can be seen, and to the south the Brecon Beacons and the Black Mountain, also known as the Carmarthen Fans. 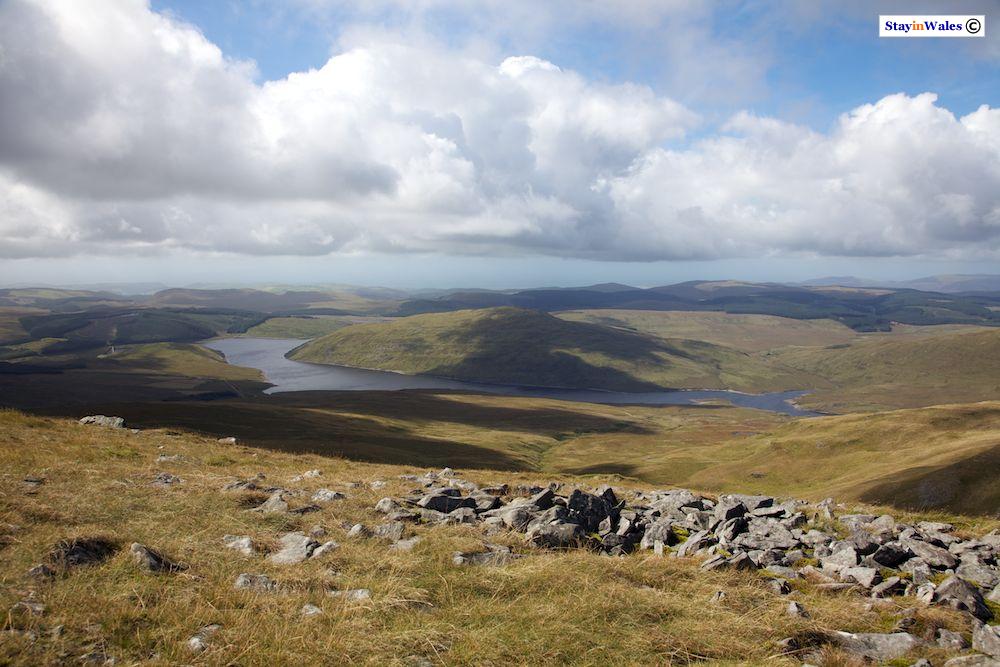