Across the river from Cardigan town centre is the town's Heritage Centre, a Grade II listed former warehouse which was built in 1745. Davies Brothers, a local firm involved in exporting slate and importing limestone, took over the building in 1785, and built seven kilns to process the limestone. Later in its life the upper floors of the building were used for sailmaking. As the river silted up the port declined and the warehouse became redundant. Hanes Abertyfi, a charitable organisation established in 1993, now maintain the building which houses an exhibition of the history of Cardigan from pre-Norman times to the present day. In her winter mooring alongside the old warehouse is the Keewaydin, a sailing trawler built at Lowestoft in 1913. 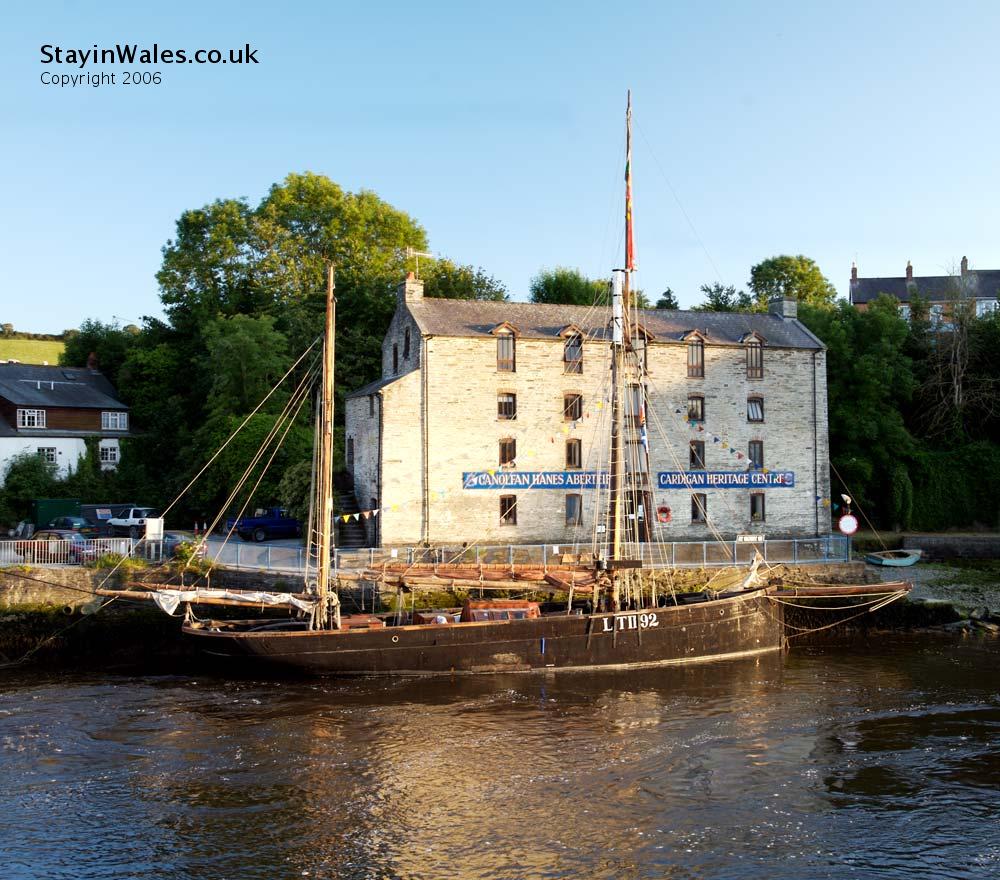